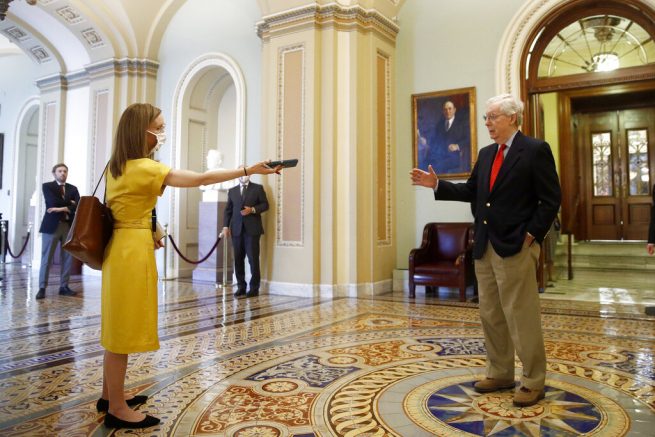 A plan to provide billions in additional funding to small businesses was blocked in the Senate on Thursday. Democrats shot down a vote to provide $250 billion in extra funding for the Paycheck Protection Program.

Democrats called the move a “political stunt.” They claimed McConnell knew there wasn’t a consensus and suggested the proposal was “designed to fail.”

“I would just repeat: all the amendment I offered would do is change the amount in the bill, that’s all, to respond to the obvious emergency we have with the Paycheck Protection Program,” stated Sen. McConnell.

A Democrat proposal was likewise rejected by the majority leader.

This impasse will put the additional funding on hold until after the weekend. The Senate is expected to be back in session by Monday.

“This is a crisis, no time for partisan maneuvering or politics as usual,” added McConnell. “I hope Democrats reverse course and let us increase paycheck support soon.”