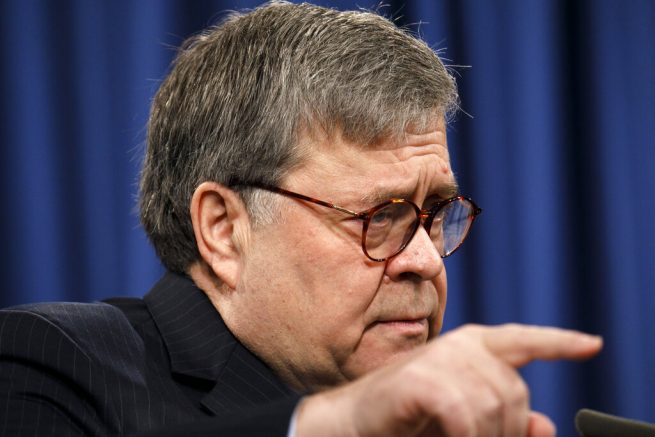 Attorney General William Barr calls on a reporter during a news conference, at the Justice Department in Washington. (AP Photo/Jacquelyn Martin)

During a press conference Monday, Barr said the agency has the obligation to have an “open door'” to anybody who wishes to provide information they think is relevant. He also said the Justice Department has to be very careful with information coming from Ukraine and can’t take anything from the Eastern European nation at face value.

Barr pointed out that a process to evaluate such information has been established.

“We had established an intake process in the field so that any information coming in about Ukraine could be carefully scrutinized by the department and its Intelligence Community, community partners, so that we could assess its provenance and its credibility,” he stated. “And, you know, that is true for all information that comes to the department relating to the Ukraine.”

Giuliani notably visited Ukraine back in December to gather more information about the Biden’s activities in the nation.

RELATED: ‘I Spoke To President Trump ‘A Couple Of Times’ About Yovanovitch Corruption,’ says Giuliani 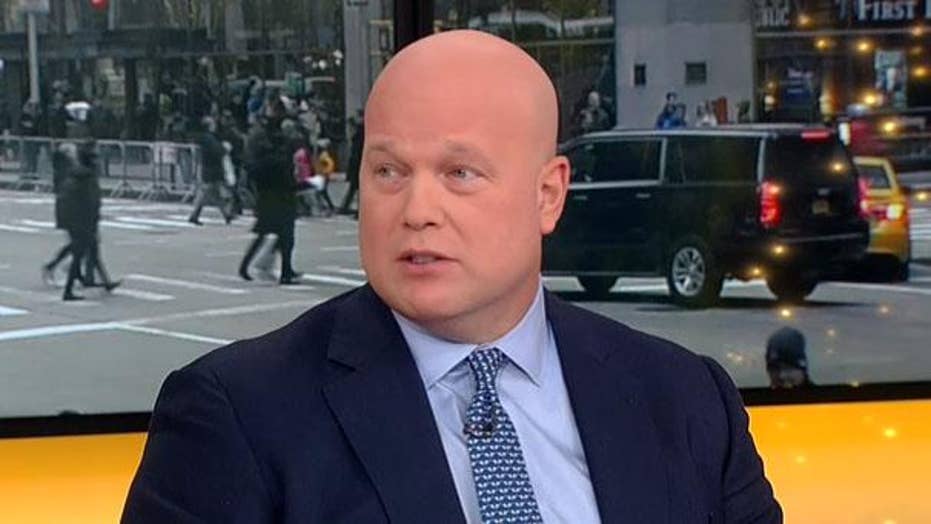 After nearly a week of speculation, Rep. Jeff Van Drew, D-N.J., announced Thursday during an Oval Office meeting with President Trump that he will be joining the Republican party.

The congressman, one of just a few Democrats who voted against impeaching Trump on Wednesday, explained his reason for the party switch.

"This is just a better fit for me," he said. "There were other times in my life when I thought about this."

Trump and Van Drew shook hands, with Trump calling him a "tremendous asset to the party," and telling Van Drew "I'm with you all the way."

"I'm with you," Van Drew said in response.

Vice President Pence thanked Van Drew for his “common sense,” saying “your district will be as grateful as we are.”

Rumblings of a possible party switch in the midst of Democrat-led impeachment proceedings against Trump caused members of Van Drew's caucus to accuse him of clamoring to cross the aisle in an attempt to save his bid for reelection and forced 5 aides from his office to resign.

A recent internal poll conducted for the Democrats found that 58 percent of primary voters in Van Drew's 2nd Congressional District wanted to nominate another candidate, while only 28 percent said he should be renominated.

"Don’t know how you won your district as a Democrat," Trump said, referring to the southern New Jersey region that Van Drew represents and Trump carried in 2016.

Meanwhile, the House continues to hem and haw over when exactly they plan on handing over two articles of impeachment to the GOP-led Senate for a trial while Trump continued to lambast the process.

“I don’t feel like I’m being impeached," Trump said at the White House. "It’s a hoax and a setup. They have a small majority and they forced people.“

It remains to be seen how Van Drew will vote on legislation now that he is officially a Republican. Out of 659 votes in the 116th Congress, Van Drew and McCarthy have agreed on only 300 votes.

As a Democrat, Van Drew voted to override Trump's veto of a bill that overturned his emergency declaration for border wall funding and voted to block Trump from withdrawing from the Paris Climate Change Accord.

He has also voted to block the sale of arms to Saudi Arabia and disapproved of the Trump administration's plan to lift sanctions on three Russian companies.

In addition, Van Drew has condemned comments Trump made about four congresswomen that the president dubbed "The Squad," calling the remarks racist and has pushed back on Trump's attempts to direct courts to invalidate the Affordable Care A

"We worked together across the aisle," McCarthy said of Van Drew, despite the fact that the two have disagreed on 54 percent of legislative issues. "Looking forward to working together now, same party. We only need 18 more to be the majority, and I think we will do that very soon."

This is a developing story; check back for updates.