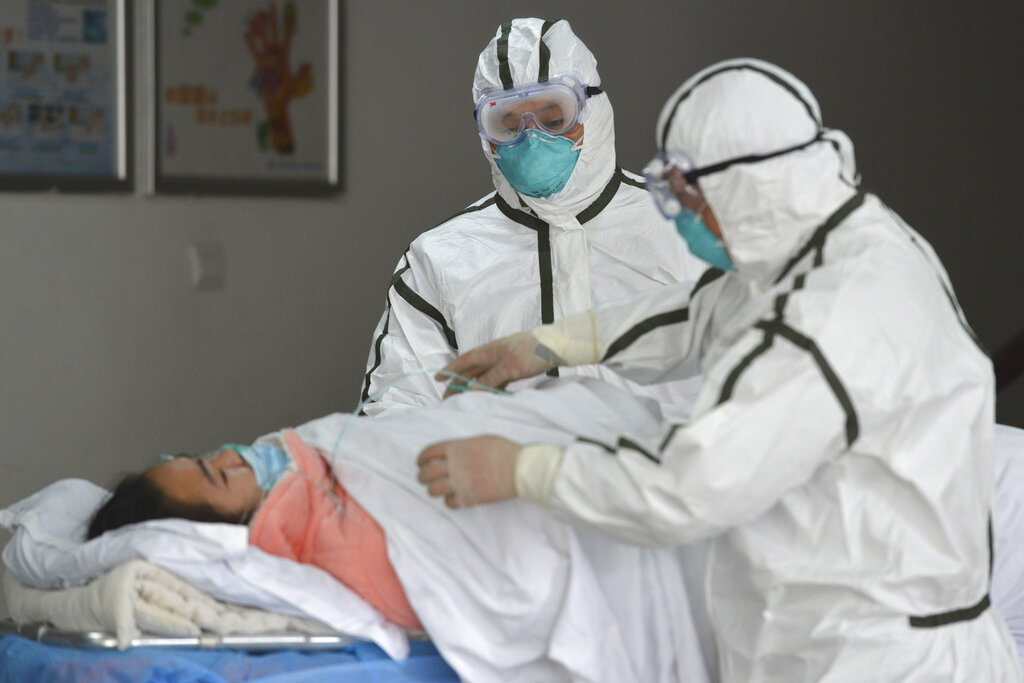 Medical workers in protective suits move a coronavirus patient into an isolation ward at the Second People’s Hospital in Fuyang in central China’s Anhui Province, Saturday, Feb. 1, 2020. (Chinatopix via AP)

Officials in Spain have confirmed the country’s first case of the fast spreading coronavirus. On Friday, Spain’s health minister said the patient is a German citizen, who came into contact with one of the recent cases of the virus in Germany.

The news came after a plane carrying 27 people from multiple nations arrived in Madrid from Wuhan, China, where the outbreak originated. Officials said the patient was part of a group that was vacationing in the Canary Islands.

“Yesterday, we had the results of the samples of these five people who were isolated, only one of them was positive,” stated Ministry of Health official Fernando Simón. “We put him in isolation and the rest are kept in quarantine.” 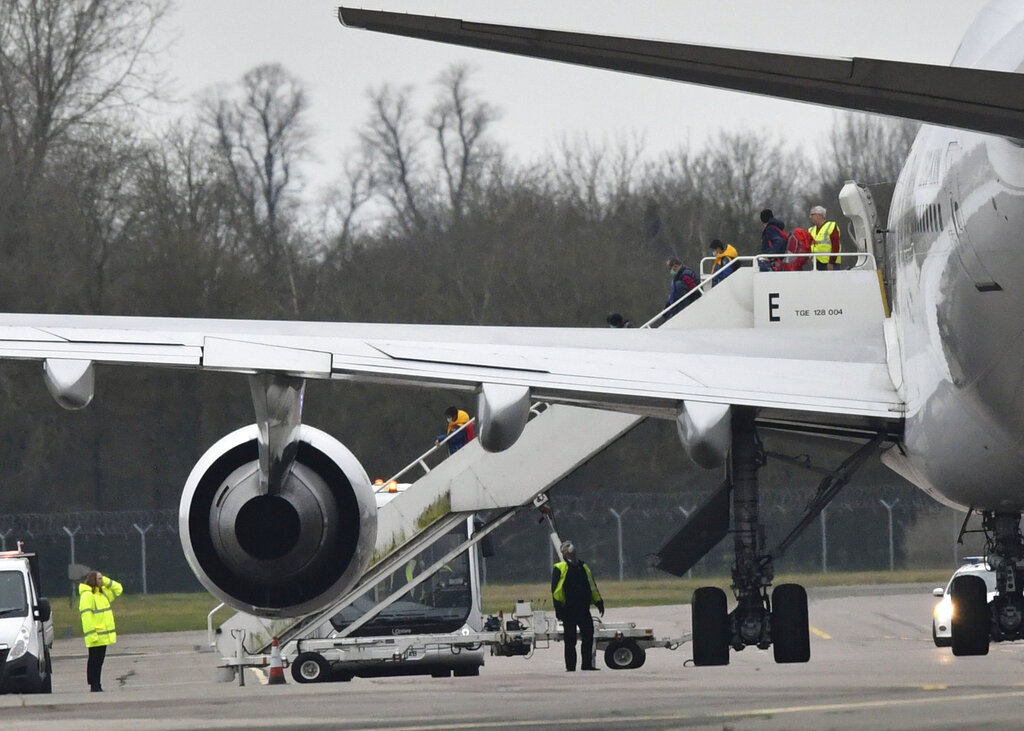 Passengers disembark from the plane carrying British nationals from the coronavirus-hit city of Wuhan in China, at RAF Brize Norton in Oxfordshire, England, Friday, Jan. 31, 2020. A civilian passenger plane carrying British evacuees from China has landed at a Royal Air Force base in England. Eighty-three Britons are on board the Wamos Air Boeing 747, which will later fly on to Spain carrying the remaining 27 passengers, who are not UK citizens. (Ben Birchall/PA via AP)

Spain’s repatriated citizens will be quarantined and observed for the next two weeks. Five others who were aboard the plane will be set back to their home countries.

The health minister is expected to hold a meeting on Saturday to discuss Spain’s next steps.