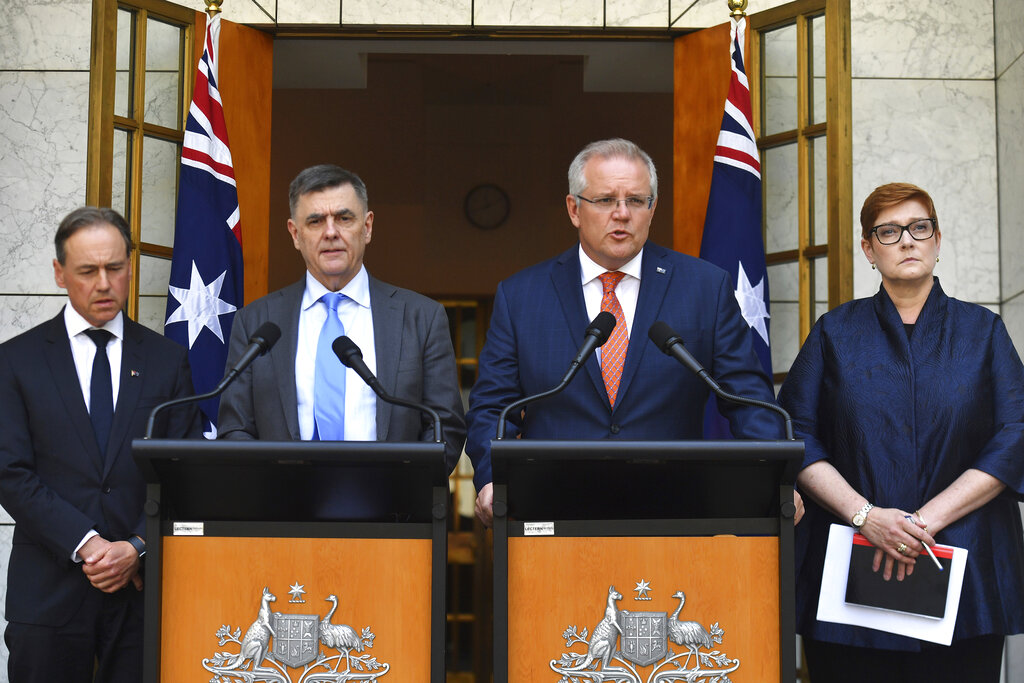 Australian Prime Minister Scott Morrison has announced a ban on any foreign travelers coming from China amid the coronavirus outbreak. On Friday, Morrison said Australia has declared a Level 4 travel guidance and is advising its citizens against traveling to China at all.

He said the health and well-being of Australians is behind the decision.

“Well, our first responsibility is Australians and Australia’s national interests,” said the prime minister. “That means the health of Australians and their well-being – that is what is driving our decisions.”

Morrison said Australian citizens and permanent residents will be allowed entry into the country, but are required to isolate themselves for 14 days upon arrival.

Australia’s foreign minister has said the government is working to evacuate its citizens from China. However, anyone with a temperature of 99 or higher has to stay and receive medical attention. 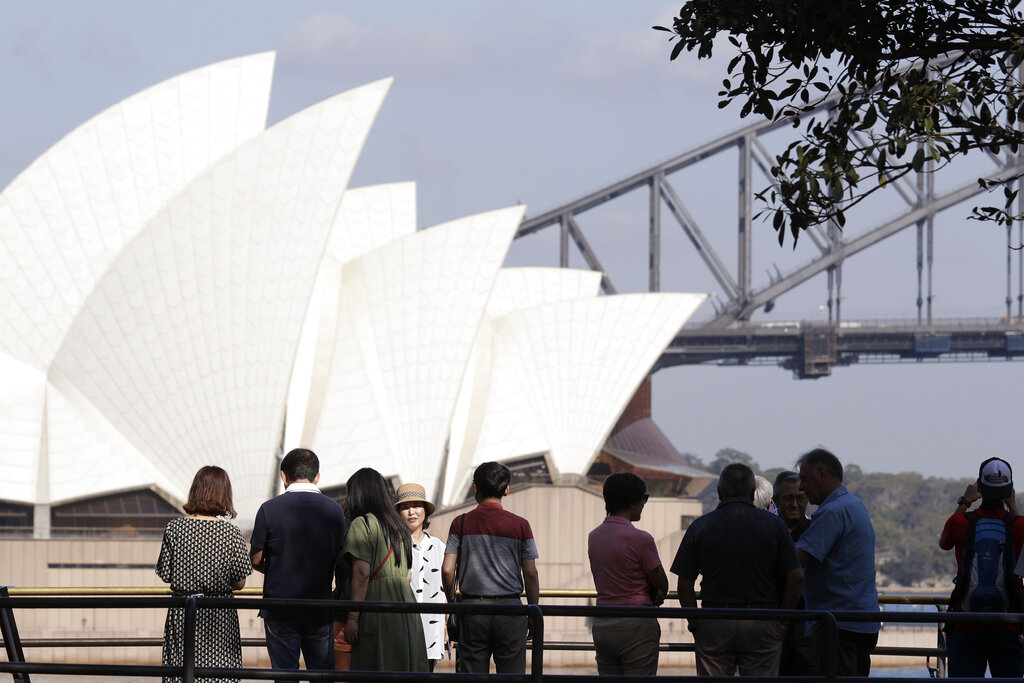 In this Jan. 22, 2020, photo, tourists gather to have their photos taken with the Opera House and Harbour Bridge as a backdrop in Sydney, Australia. (AP Photo/Rick Rycroft)

This came after U.S. officials declared a Level 4 travel advisory for Americans earlier this week. The Chinese government responded to the travel restriction by saying the U.S. has set a “bad example.”

On Saturday, a spokeswoman from China’s foreign ministry criticized the U.S. for enacting the temporary travel ban, which went into effect after the administration declared a public health emergency following the outbreak.