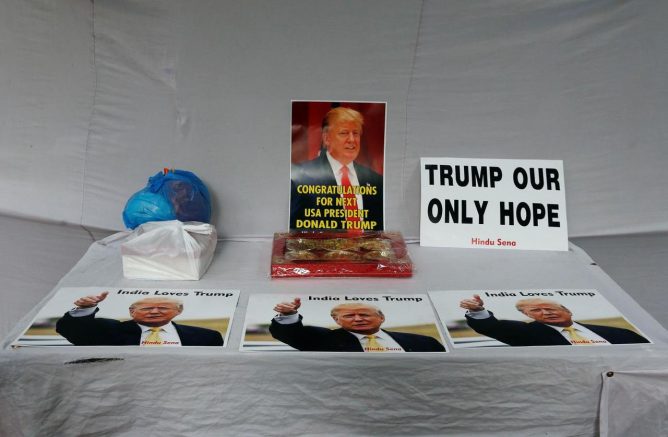 Posters of U.S. Republican presidential nominee Donald Trump are seen kept on a table during an event where members of Hindu Sena, a right-wing Hindu group, gather to symbolically celebrate his victory in the upcoming U.S. elections, in New Delhi, India, November 4, 2016. REUTERS/Adnan Abidi)

A group of conservative Hindu’s in India are praising the president for fighting back against Islamic terrorism. The group known as the Hindu Army reportedly even wrote a song to celebrate the president and are planning to record it to share with others on social media.

The president of the group, Vishnu Gupta, said they support the president because of his transparency and his promise to eliminate Islamic terrorism.

President Trump is set to visit India on February 24th to meet with Prime Minister Narendra Modi and improve ties in the region. 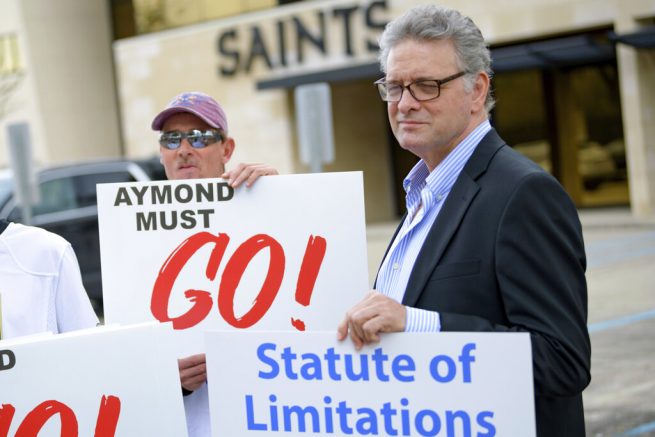 Members of SNAP, the Survivors Network of those Abused by Priests, including John Gianoli, right, and John Anderson, hold signs during a conference in front of the New Orleans Saints training facility in Metairie, La., Wednesday Jan. 29, 2020. The pro football team acknowledged last week that its front office helped church leaders deal with the public relations fallout that followed the publishing a list of local clergymen the archdiocese deemed “credibly accused” of sexually abusing children. (AP Photo/Matthew Hinton)

Four members of the Survivors Network of Those Abused by Priests (S.N.A.P) recently rallied outside a New Orleans Saints training facility, where they demanded the team’s owner take action.

The men gathered Wednesday with the hopes of convincing Saints owner Gayle Benson to release the emails, which may contain evidence the NFL team helped the local archdiocese cover up sexual abuse. 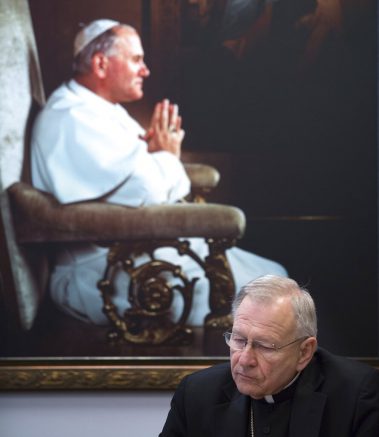 In this Nov. 2, 2018, photo, New Orleans Archbishop Gregory Aymond discusses the release of information on 57 Roman Catholic clergy members credibly accused of abusing minors over the past five decades in southeast Louisiana at the archdiocese offices in New Orleans. (David Grunfeld/NOLA.com/The Advocate via AP)

S.N.A.P. members held signs calling for change to the statute of limitations laws concerning clergy abuse claims as well as signs insisting the current head of the archdiocese, Archbishop Gregory Aymond, step down.

The Saints released a statement, which said they were only one of many community leaders who the archdiocese asked for help.

The team has claimed they never helped cover abuse, but told the church to be direct and make sure authorities were informed.

The Democratic Party can expect to face even more progressive pushback in the 2020 primaries as a prominent climate group on Thursday advanced "insurgent" candidates in order to garner future congressional support for the Green New Deal.

The group, known as the Sunrise Movement, has worked with Rep. Alexandria Ocasio-Cortez, D-N.Y., to promote her signature legislation and even joined her in protesting at House Speaker Nancy Pelosi's office in 2018.

In a press release, Sunrise offered support for candidates they said were running on the climate plan, which has received the cold shoulder from Democrats like Pelosi. The candidates included Robbert Emmons Jr. for Illinois' first district, Morgan Harper for Ohio's third, Mike Siegel for Texas' 10th, and Marie Newman from Illinois' third.

Sunrise Political Director Evan Weber called out "establishment politicians of both parties" for being complacent on the issue of climate change and indicated voters were looking for a "new way of doing things" in D.C.

“These insurgent campaigns are a clear indicator of the appetite for an entire new way of doing things, and a restructuring of our society under a populist agenda that guarantees things like living wage jobs, affordable and safe housing, universal clean air and water, and Medicare for All — all policies which we see bundled into the Green New Deal framework," he said.

Ocasio-Cortez previously provoked Rep. Dan Lipinski's ire in September when she endorsed Newman as his successor. Lipinski, D-Ill., is considered a moderate and refused to co-sponsor Ocasio-Cortez's Green New Deal resolution in the House.

"Alexandria Ocasio-Cortez's endorsement of Marie Newman makes crystal clear that Ms.Newman is an extreme candidate," Lipinski said as part of a longer statement. Ocasio-Cortez seemed flabbergasted, suggesting that Lipinski was able to make such strong remarks due to his "corporate" ties.

Earlier this year, Lipinski threw his weight behind a bipartisan carbon tax that came under scrutiny for resembling a plan backed by the Climate Leadership Council, whose founding members included ExxonMobil.

"Lipinski and his dwindling circle of fossil-fuel funded Democrats are a threat to the Democratic Party truly being a party of the people," Newman said in Sunrise's press release.

The endorsements will likely add to the tension over climate change between Democrats and members of the progressive left. Pelosi herself has already staged what appeared to be an insurrection of her own. At a United Nations meeting earlier this month, she seemed to flout the president's decision to leave the controversial Paris Climate Agreement.

According to The Washington Post, the group Extinction Rebellion held a hunger strike in an attempt to force the speaker into a video-recorded meeting. When they realized she was planning to leave D.C., the protesters attempted to storm past her office's entrance and into a broader room where her chief of staff sat.