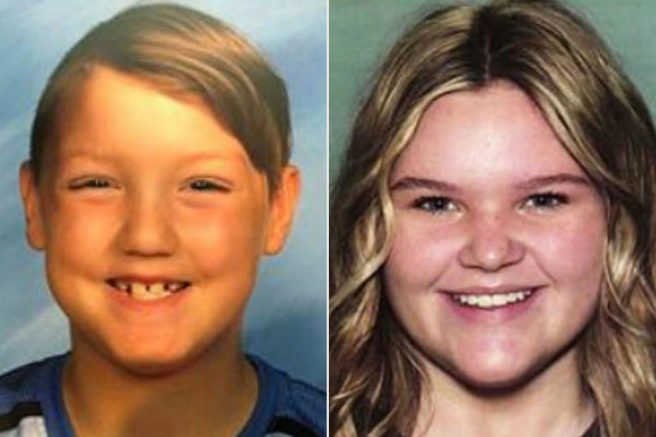 Joshua Vallow, at left, and Tylee Ryan, right, have been missing since September, 2019. (Photos/Handout/Rexburg Police Department)

As authorities continue to piece together what happened to two missing Idaho children, officers in Hawaii have taken their mother into custody.

47-year-old Lori Vallow was detained by Kauai Police Thursday on an arrest warrant from Madison County, Idaho, which was issued after she failed to comply with a court order to produce her missing kids from nearly a month ago.

17-year-old Tylee Ryan and 7-year-old Joshua Vallow were last seen in Rexburg, Idaho in September. According to Kauai Police, there is no evidence suggesting the children are now on the island.

After the news of Vallow’s arrest, a private investigator, who has been following the case since the fall, is hopeful the world will get some answers.

“I would think it would have to have some effect of putting some pressure on Lori to come up with some explanation if the kids are safe, if they’re in a place that’s safe,” said investigator Rich Robertson. “Then all she has to do is say where they are.”

Vallow and her new husband Chad Daybell, who was not arrested, refused to cooperate with authorities back in Idaho. They told police Joshua was visiting a family friend in Arizona, which officers later found was untrue. Vallow and Daybell reportedly told some people that Tylee had died even before her disappearance, which was also proven to be false.

Just weeks before Vallow’s arrest, authorities came across an abandoned storage unit containing personal items believed to belong to the missing kids. Authorities are also looking at the connection between the couple’s involvement in a doomsday cult and three suspicious deaths. 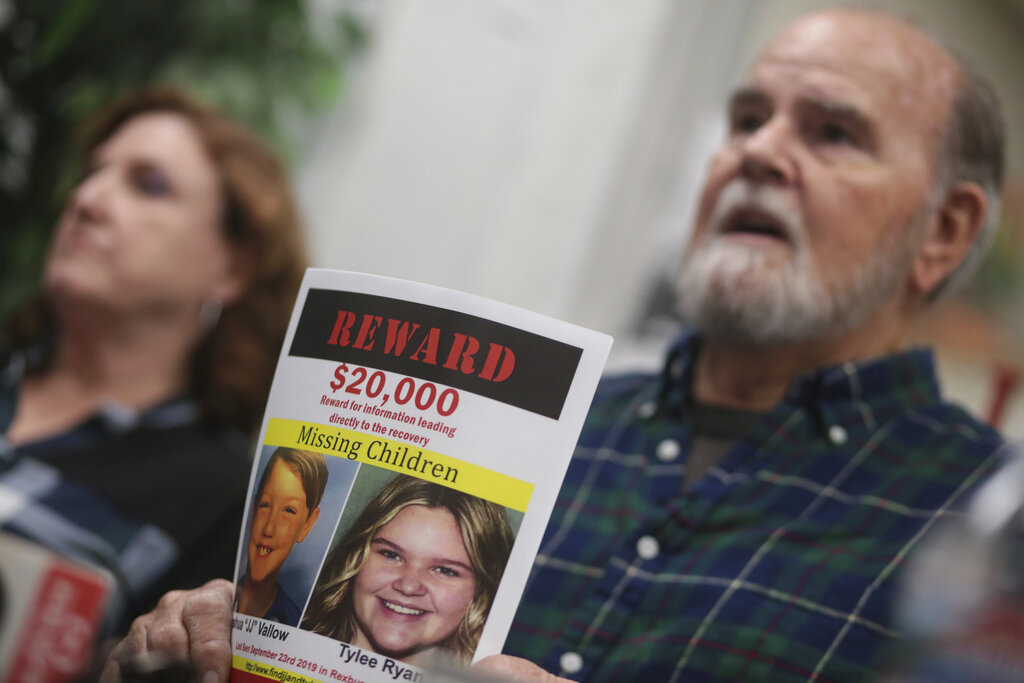 FILE – In this Tuesday, Jan. 7, 2020 file photo Kay and Larry Woodcock speak to members of the media at the Rexburg Standard Journal Newspaper in Rexburg, Idaho. The Woodcocks are offering $20,000 for information that leads to the recovery of Joshua Vallow and Tylee Ryan, who were last seen in September 2019. Their mother, Lori Vallow, also known as Lori Daybell, 47, was arrested Thursday, Feb. 20, 2020, in Hawaii on a warrant issued by Madison County, Idaho, and was being held on $5-million bail. (John Roark/The Idaho Post-Register via AP, File)

Joshua’s grandparents were overjoyed by the news of Vallow’s arrest and have urged her to speak up.

“You better start talking now, maybe you can stave off a year or two off your sentence you’re about to have when you go to court,” said grandmother Kay Woodcock.

Among the charges against Vallow are two felony counts of desertion and nonsupport of dependent children as well as obstructing police officers. Vallow is being held on a $5 million bond and will have the opportunity to waive or fight extradition to Idaho at her pending court hearing.

If found guilty, she could face up to 14 years in prison for each count of desertion. The whereabouts of Tylee and Joshua are still unknown.

OTHER NEWS: Wash. man caught texting on plane about molesting children sentenced to 15 year in prison

Abercrombie, a Democrat who also spent nearly 20 years in the House of Representatives, told reporters that he found Gabbard's multiple missed votes on the House floor due to her ongoing 2020 presidential bid unacceptable. He specifically cited Gabbard's recent missed vote on an omnibus spending bill, as well as her "present" vote on President Trump's impeachment.

According to the website govtrack.us, Gabbard missed 88.7% of the 141 House votes taken in the past three months.

Gabbard voted "present" on both articles of impeachment — the only lawmaker to do so. All Republicans and two Democrats — including one who has since switched parties to the GOP — voted against the articles.

GABBARD BREAKS WITH DEMS, VOTES 'PRESENT' ON BOTH ARTICLES OF IMPEACHMENT

"Throughout my life, whether through serving in the military or in Congress, I’ve always worked to do what is in the best interests of our country. Not what’s best for me politically or what’s best for my political party," Gabbard said last week. "After doing my due diligence in reviewing the 658-page impeachment report, I came to the conclusion that I could not in good conscience vote either yes or no."

She previously announced she will not be running for reelection in 2020, choosing instead to focus on her White House bid. She posted a video in October announcing the move and expressing gratitude to the people of her district.

At his press conference, Abercrombie said Gabbard must resign her seat “the sooner the better” because “she’s missing votes on almost everything."

The former governor is also the campaign co-chairman for Hawaii State Sen. Kai Kahele of Hilo, a Democrat seeking to succeed Gabbard next November. The district, which covers the entire state except for urban Honolulu, has never elected a Republican.

A Gabbard representative didn’t immediately respond to messages from the Associated Press on Abercrombie's call for her resignation.