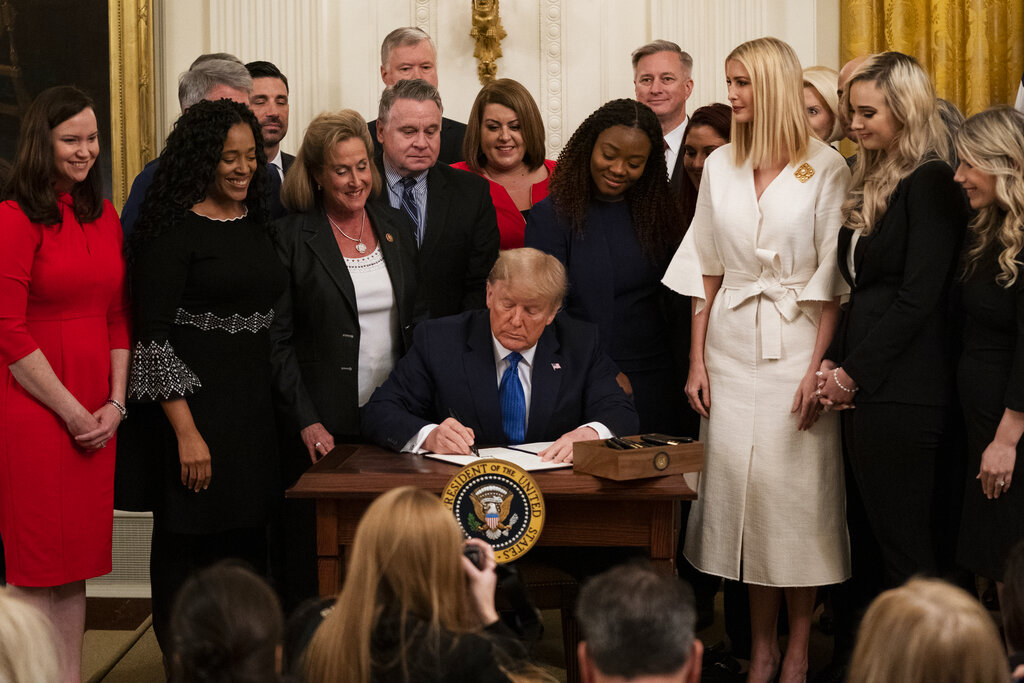 President Trump is saying no one has done more to combat human trafficking than his administration. He made the remark at the White House on Friday, where he signed an executive order aimed at fighting online child exploitation.

“This order expands prevention education programs, promotes housing opportunities for survivors, (and) furthermore, it takes the vital step of designating a full time position here at the White House dedicated solely to combating human trafficking, so people know how important it is,” stated the president.

He went on to say human trafficking is a form of modern day slavery and a worldwide problem made worse by the internet.

President Trump also said his administration has put unprecedented pressure on traffickers at home and abroad. In recent months, authorities have rescued thousands of victims while ICE has arrested more than 5,000 traffickers.

“We will not rest until we’ve stopped every last human trafficker and liberated every last survivor,” he said. 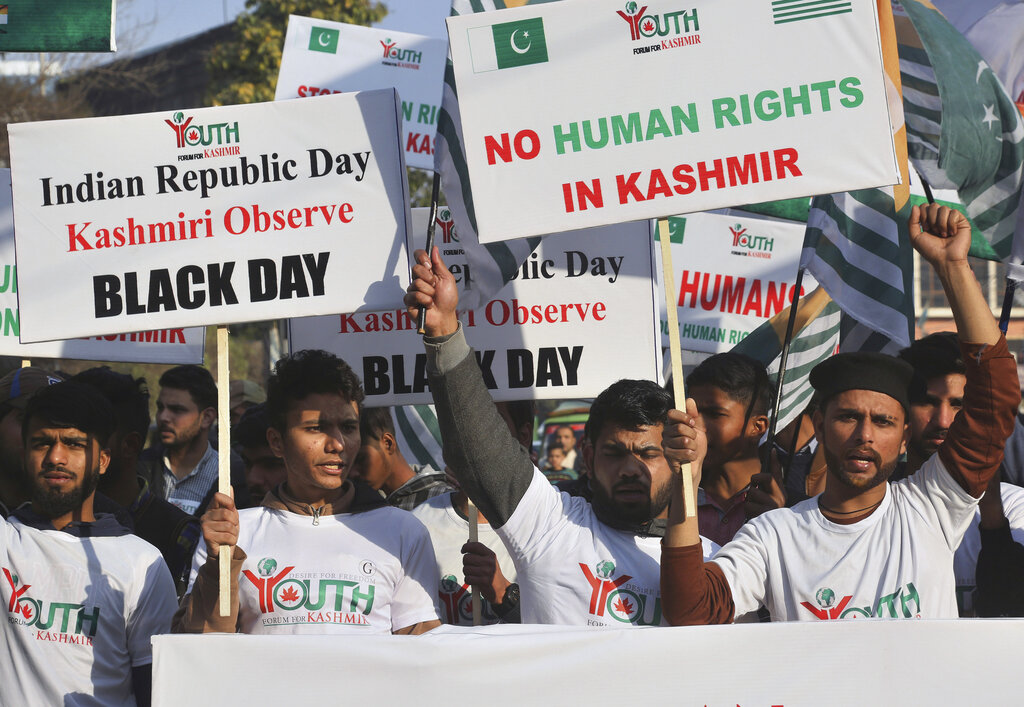 Hundreds of pro-Pakistani activists descended on an Indian diplomatic mission in London to decry ongoing tensions in the disputed province of Kashmir. At Sunday’s rally, Muslim activists accused India of what they called “ethnic cleansing” and the killing of innocent people in Kashmir.

“I’m here from Leeds to tell the world that what the Indians are doing in Kashmir is not right,” stated one protester.

“Today is Black Day, because the Kashmir citizens don’t have any democratic rights. They’ve been under occupation of India for 72 years. Today is one of many protests occurring in London to protest against atrocities and the human rights violations that have been occurring.” – Nila Kahn, human rights campaigner

Protesters further accused India of sectarian segregation and the repression of non-Hindu residents of Kashmir.

The rally also coincided with the Independence Day of India and the Freedom of Kashmir Day. 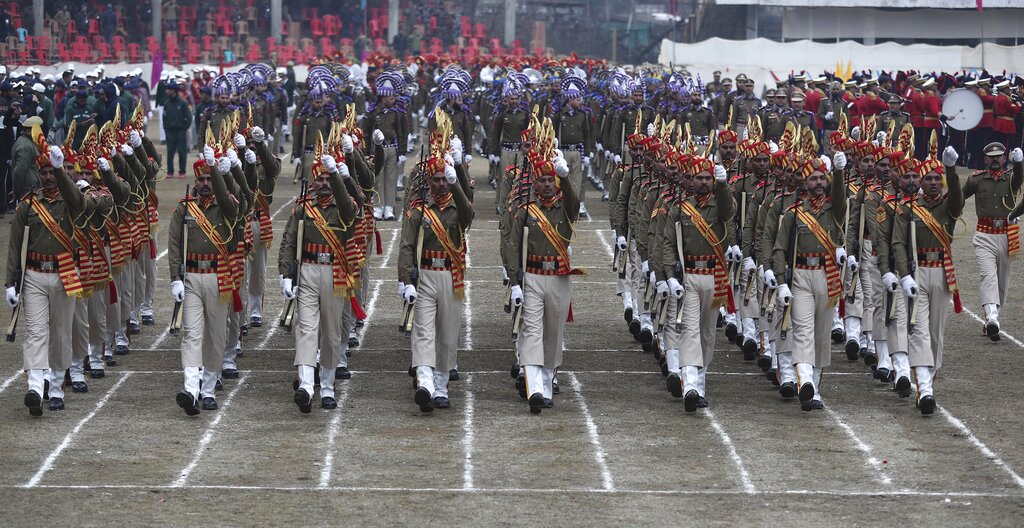 Photo via ‘Truckers Against Trafficking.’

‘Truckers Against Trafficking’ is training drivers to recognize the signs of human trafficking and know when to call authorities. As Human Trafficking Awareness Month comes to an end, the nonprofit organization is conducting training sessions with companies, including UPS, and various distribution centers, like Amazon.

“We do see a lot of things that are out there, and I feel we can make a big impact on what goes on,” said driver Gary Hansen.

The program has partnered with law enforcement and other nonprofits across the country to bolster drivers’ preparedness. Thousands of truck drivers are learning the telltale signs of trouble and how to be the eyes and ears of U.S. authorities.

“(We want) to raise awareness, have them be our eyes and ears on the road, and if they see something, say something,” said Officer Nathan Daugherty. “So many of them work cross country, they’re everywhere and they see a lot more than we are able to.” 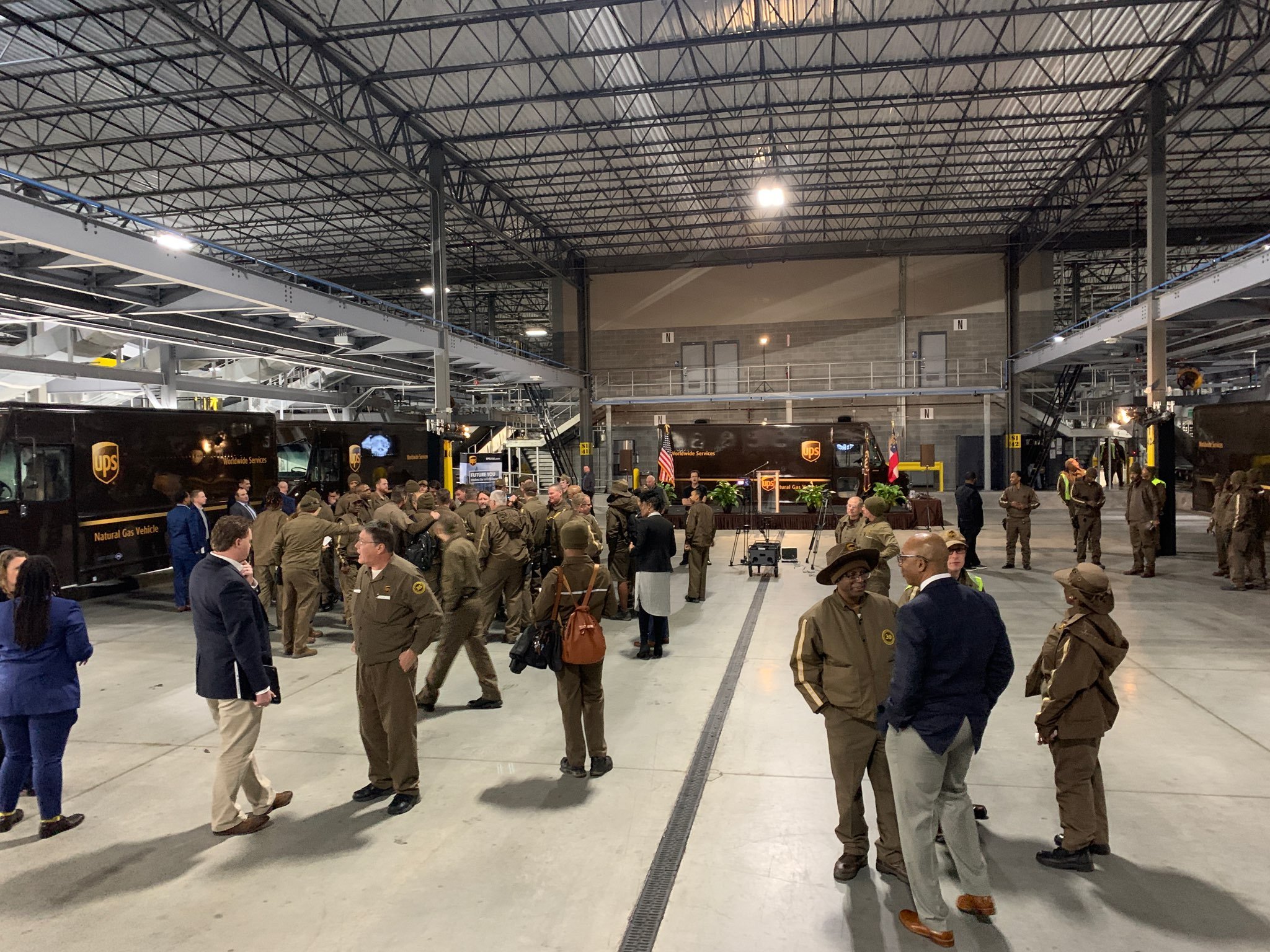 Photo via ‘Truckers Against Trafficking.’

Since its creation in 2009, the program has trained over 800,000 truck drivers and helped law enforcement identify over 1,200 victims. The organization has won public awareness awards and law enforcement agencies around the country have praised its effectiveness.

“It’s about knowing what you’re seeing and realizing what it is so that you can call it in and try to get those victims help,” explained Kristin Murray, Executive Director of ‘Voice of Hope.’

‘Truckers Against Trafficking’ will continue to extend training opportunities to many other organizations, including those in the public transportation industry. 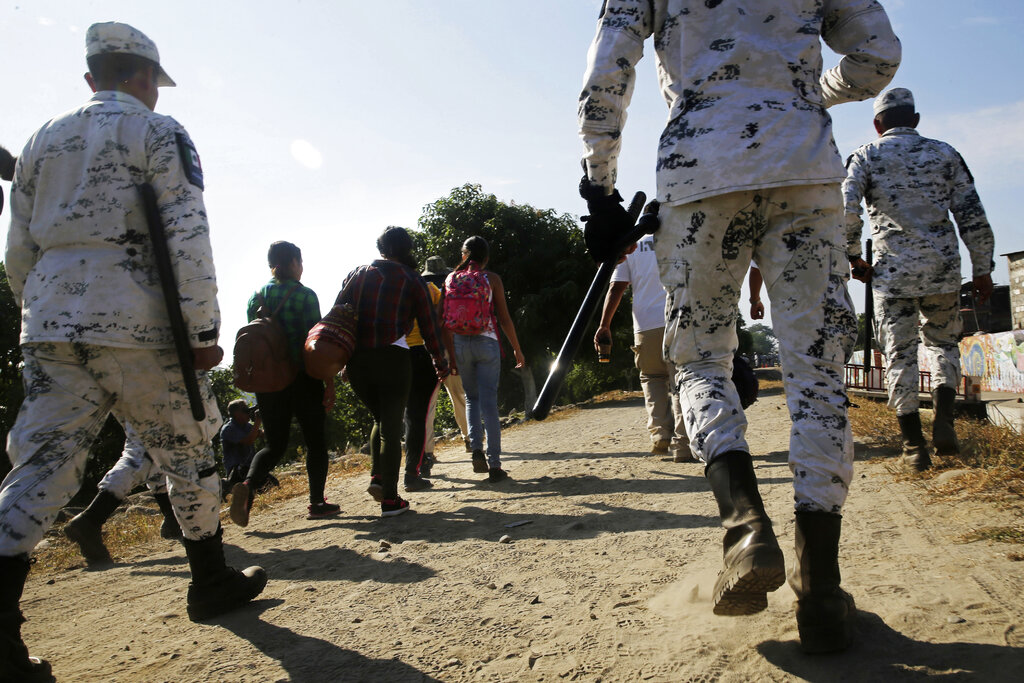 Mexican officials have insisted they are treating migrants from Central America well, despite opposition from human rights advocacy groups. Mexican President Andrés Manuel López Obrador responded to the backlash on Friday, saying his government’s detainment of 800 migrants was successfully resolved.

Much of the criticism came after the Mexican government claimed they “rescued” the migrants. Critics argued rescue missions don’t entail the use of pepper spray or riot shields. They further argued people don’t run away when being rescued.

Obrador has stressed this is not the case and emphasized no one was harmed.

“It’s not a spontaneous movement, of course there is a need – but there’s management, we’ll say political,” he said. “Fortunately, human rights have been respected.” 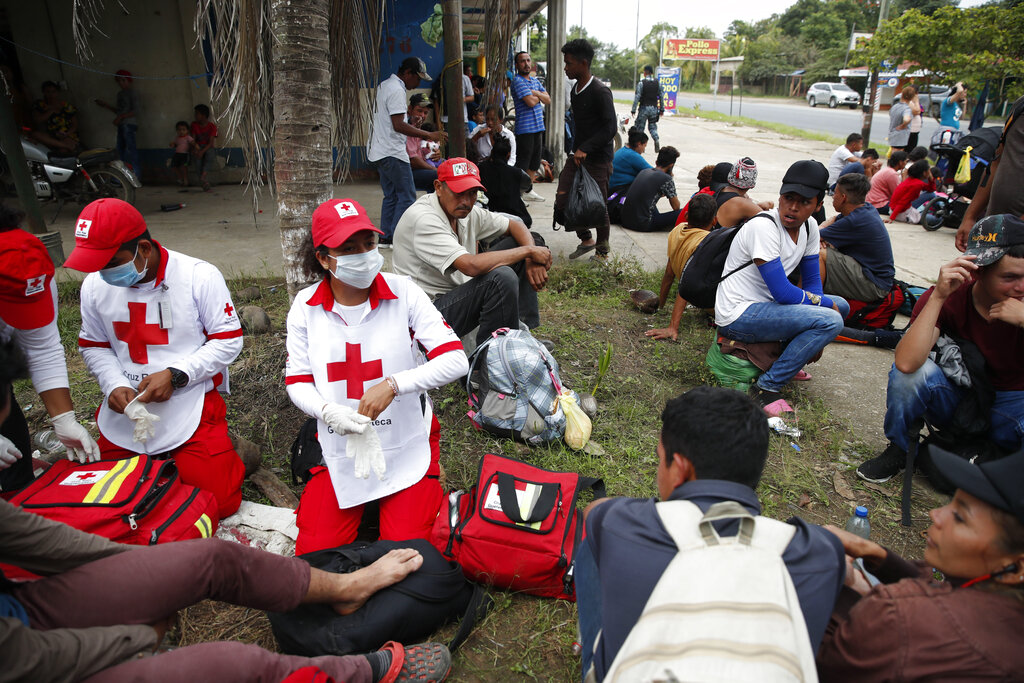 On Thursday, hundreds of migrants from Central America attempted to cross into Mexico through its southern border with Guatemala. The Mexican National Guard used tear gas to separate and corral the crowd.

Officials reported 800 migrants were detained and several hundred were sent back to Guatemala. Another 200 migrants escaped the scene and are being looked for by the National Guard. The detained migrants were bused to a detention center, where Obrador said they are being tended to.

“Fortunately, we haven’t had any wounded. They’ve been provided with shelter and medical attention. I have information that the National Guard acted well.” – Andrés Manuel López Obrador, President of Mexico

The Department of Homeland Security said it sent personnel to help with the detention efforts and praised the Mexican government for the way it handled the situation.

Detainees will be processed at the detention center. If no legal status can be established, migrants will be deported. Mexican officials will also be searching for the missing migrants. 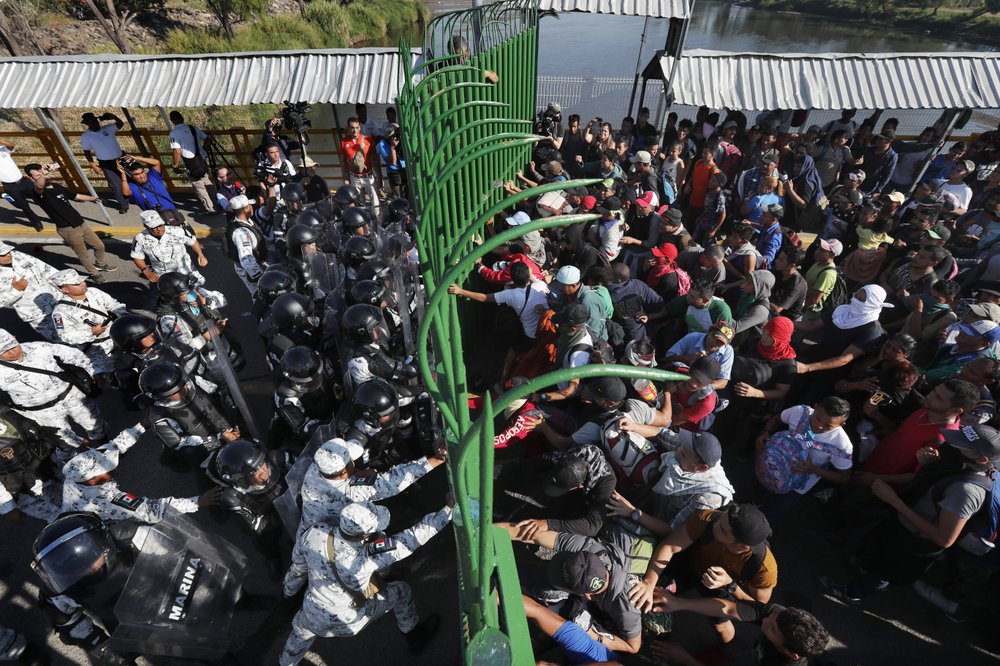