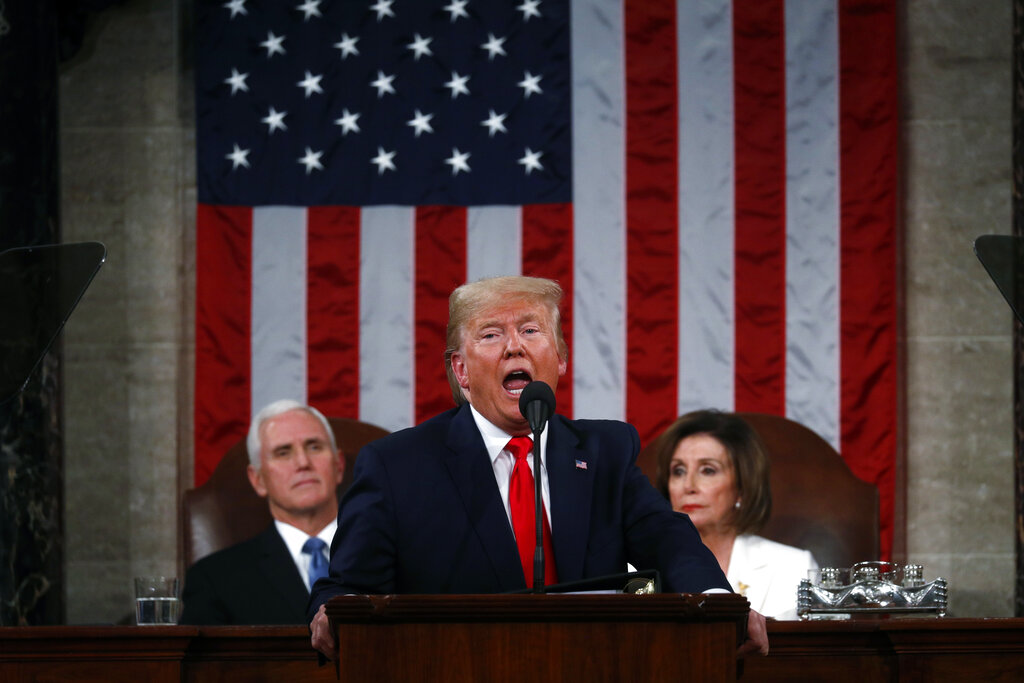 President Donald Trump delivers his State of the Union address to a joint session of Congress in the House Chamber on Capitol Hill in Washington, Tuesday, Feb. 4, 2020, as Vice President Mike Pence and Speaker Nancy Pelosi look on. (Leah Millis/Pool via AP)

A new poll found an overwhelming majority of Independent voters approved of President Trump’s latest State of the Union address. According to a survey released on Wednesday, 82 percent of Independents said they liked the president’s speech.

97 percent of Republican voters approved of his address while 30 percent of Democrats said they agreed with the president’s points. Overall, 76 percent of registered voters said they supported President Trump’s message.

According to experts, the president’s speech was aimed at easing partisan tensions, both on Capitol Hill and nationwide.

“He didn’t mention impeachment, which was wise (because) he didn’t need to,” said former speechwriter Paul Glastris. “It (was) really a standard issue State of the Union.”

The poll also found the majority of respondents endorsed the president’s view of immigration and foreign policies.

RELATED: Highlights From 2020 State Of The Union Address 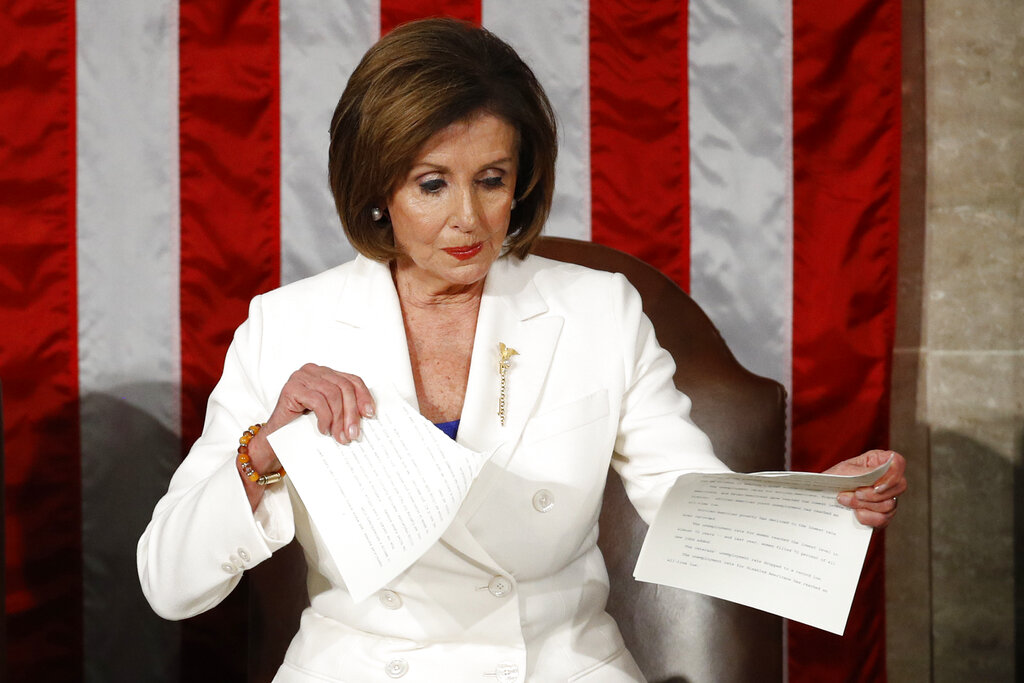 House Speaker Nancy Pelosi of Calif., tears her copy of President Donald Trump’s s State of the Union address after he delivered it to a joint session of Congress on Capitol Hill in Washington, Tuesday, Feb. 4, 2020. (AP Photo/Patrick Semansky)

Meanwhile, many longtime Democrats are reportedly quitting their party after Nancy Pelosi’s inflammatory behavior during the president’s speech.

“What I’ve seen tonight at the Democrat Party, I am changing my mind,” stated one Democrat.

On Tuesday, the House speaker gave President Trump a very brief introduction, ripped up her copy of his speech, and declared his remarks a “manifesto of mistruths.”

“Nancy Pelosi, the whole time, she’s sitting up there with a disgusting look on her face,” said another Democrat. “It’s outrageous, I will never vote Democrat again.”

They praised the tone and the message of the president’s address, saying there are a lot of good things happening in the country. They added the speaker’s actions pushed them towards the Republican Party and added she made the case for President Trump’s reelection.