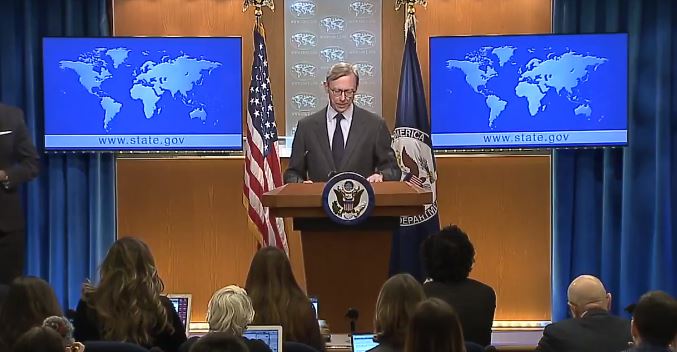 The State Department has blacklisted five Iranian officials, who have been accused of preventing free and fair elections in the Islamic Republic. According to U.S. Special Representative Brian Hook, the sanctions were imposed on members of Iran’s Guardian Council and its Elections Supervision Committee.

Secretary Ahmad Jannati and senior council member Mohammad Yazdi were among those blacklisted. The sanctions will freeze their U.S.-held assets and bar Americans from doing business with them, along with anyone else on the blacklist.

Hook said this isn’t the first time this has happened.

“In 2010, when Iranians protested his sham election, Jannati praised the regime for executing protesters (and) urged more executions until the protest stopped,” he stated. “Jannati is also well known for wishing death to America and Israel whenever the occasion presents itself.”

This new round of sanctions came one day before the nationwide parliamentary vote. Ahead of Friday’s elections, there were 90 sitting lawmakers seeking reelection.