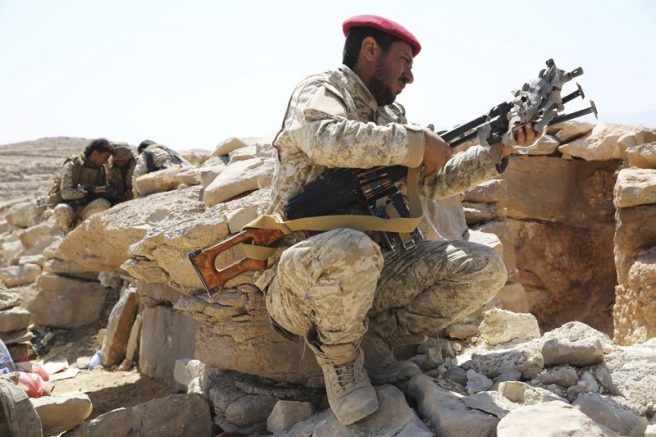 Reports out of Yemen alleged a Syrian airstrike that killed dozens of people, in what has been described as a retaliatory act. The United Nations said as many as 31 Yemeni civilians died in airstrikes on Saturday that the country’s Houthi movement claimed were retaliation by a Saudi-led coalition.

“This is a farmer’s car who was going to Sanaa and he was targeted on the way,” stated an Arabic civilian.

In the latest flare-up in the five year Yemen conflict, the Iran-aligned Houthis claimed to have shot down a coalition Tornado warplane in the Houthi-controlled Al-Jawf province. They also released a video purporting to show a missile hitting the jet.

The area’s health ministry said women and children were among those killed in the subsequent coalition airstrikes. The UN office in Yemen stated preliminary field reports indicated 12 injured as well as up to 31 civilians have been killed. 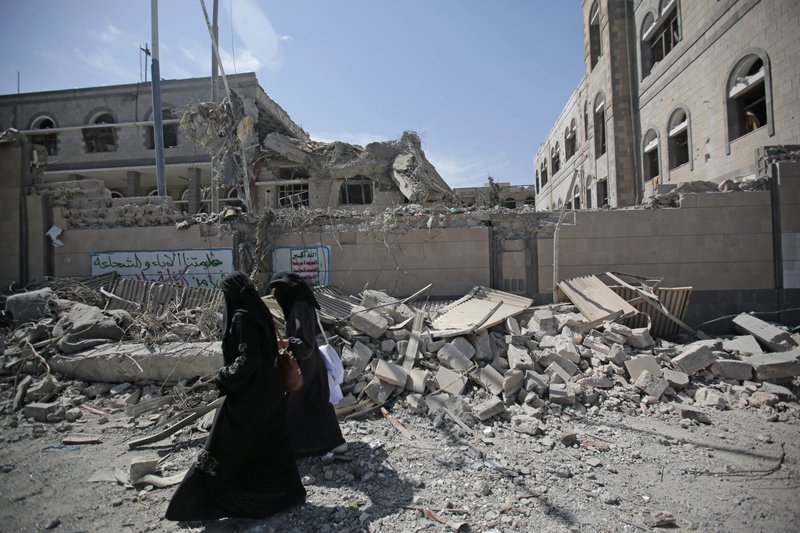 Yemenis walk past rubble after deadly airstrikes in and near the presidential compound, in Sanaa, Yemen, Monday, May. 7, 2018. Airstrikes by the Saudi-led coalition fighting Yemen’s Shiite rebels targeted the presidency building in the heart of the Yemeni capital on Monday, leaving at least six people dead and some 30 wounded, according to health officials. (AP Photo/Hani Mohammed)

Coalition spokesman Col. Turki al-Maliki said on Saturday that only a Tornado warplane had crashed in Al-Jawf. Maliki later said rescue operations had been launched and that the possibility of “collateral damages” had been reported, without providing details.

The Saudi-led coalition intervened in Yemen in March 2015 in support of the internationally-recognized government, which the Houthis ousted from the capital Sanaa in 2014.

The conflict has been widely seen as a proxy war between Saudi Arabia and its regional foe, Iran. 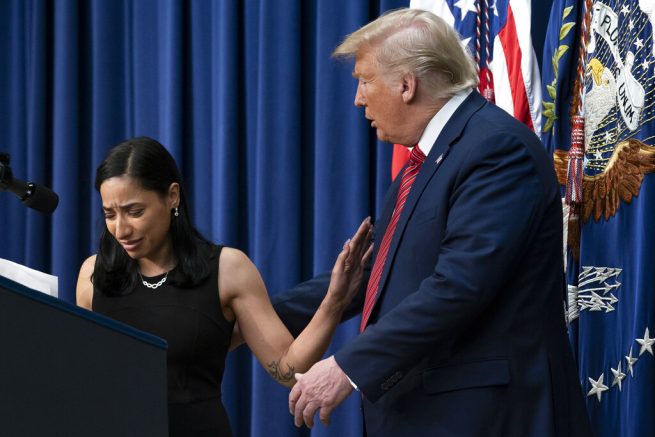 President Donald Trump comforts Daria Ortiz who recounted the death of her grandmother, allegedly by a man who was living in the country without legal permission, during a speech to members of the National Border Patrol Council at the White House in Washington, Friday, Feb. 14, 2020. (AP Photo/J. Scott Applewhite)

The granddaughter of a 92-year-old woman, who allegedly died by the hand of an illegal immigrant, spoke at the White House on Friday. Daria Ortiz slammed the city’s sanctuary policies during the president’s address regarding various immigration issues, which was attended by members of the National Border Patrol Council.

Her grandmother was allegedly raped and killed in New York City last month by an illegal immigrant who had a history of previous arrests. However, ICE was not allowed to detain him due to the city’s sanctuary city status.

“The tragedy in all this is the fact that this could have been avoided had there been no sanctuary law. The man that is responsible for this should have never had the opportunity to do this. The system not only failed our family, but it failed our city.” – Daria Ortiz, granddaughter of victim Maria Fuertes 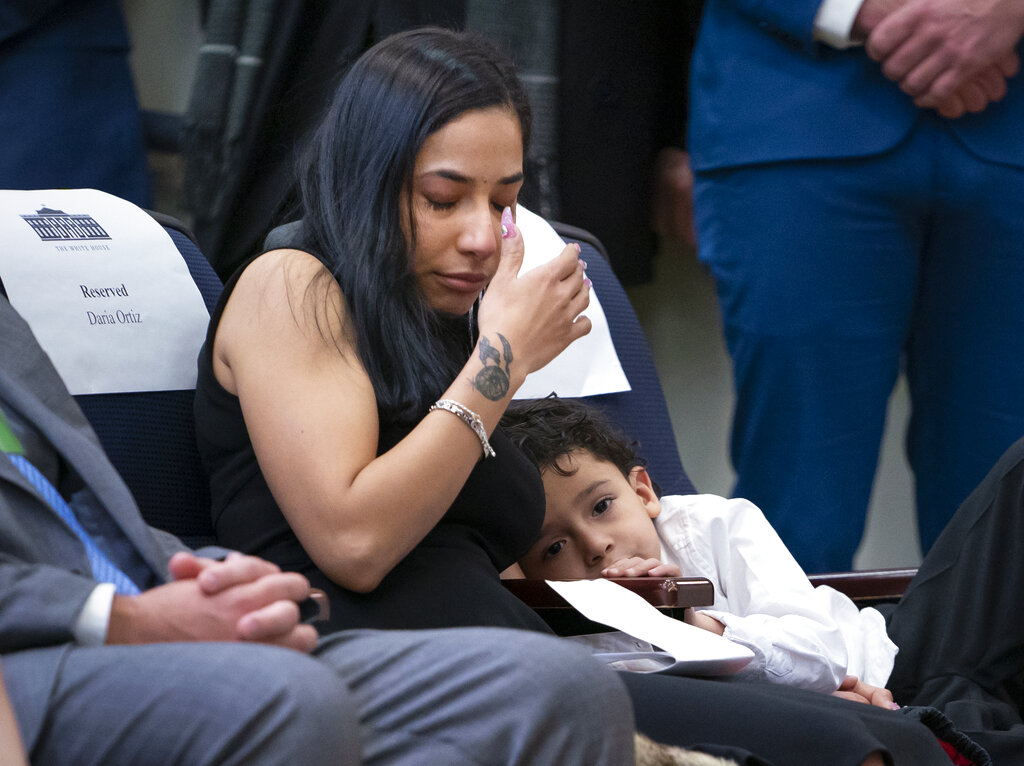 Daria Ortiz cries as she holds her son Zeus after recounting the death of her grandmother by a man who was allegedly in the country illegally, during a speech by President Donald Trump to members of the National Border Patrol Council at the White House in Washington, Friday, Feb. 14, 2020. (AP Photo/J. Scott Applewhite)

Ortiz is hoping for reform and measures to prevent this from happening to anyone else.

President Trump is working with Gov. Andrew Cuomo to improve communications between the state and federal immigration authorities.