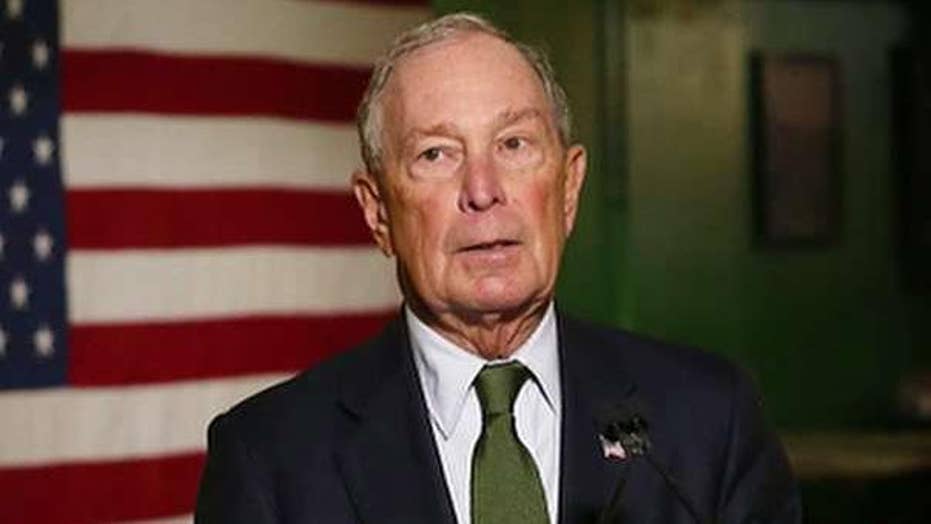 Bloomberg on 2020 Democrats: Trump would eat them up

Mike Bloomberg is once again taking aim at his rivals for the Democratic presidential nomination. But this time, he’s specifically criticizing former Vice President Joe Biden, the front-runner in national primary polling.

BLOOMBERG ON HIS 2020 DEM RIVALS: 'TRUMP WOULD JUST EAT THEM UP'

"He's never been the manager of an organization, he's never run a school system,” the former New York City mayor and multi-billionaire business and media mogul said of Biden during an interview recorded Wednesday with MSNBC.

"The presidency shouldn't be a training job," Bloomberg added. "You need somebody who comes in and knows how to run an organization."

Referring to the entire field of roughly 15 remaining Democratic White House hopefuls, Bloomberg said: "I don't think any of them have the experience.”

Biden – who like Bloomberg is 77 – also highlights his experience, which includes nearly four decades in the U.S. Senate and eight years serving as vice president under President Barack Obama.

Fox News reached out to the Biden campaign, but they declined to respond to the verbal sniping from Bloomberg.

Bloomberg flirted with a White House bid at the beginning of the year — but with Biden gearing up for a presidential run, he decided against launching a campaign at the time because he felt he and the former vice president would split the center-left Democratic vote.

But with Biden now battling other top-tier contenders Sens. Bernie Sanders of Vermont and Elizabeth Warren of Massachusetts as well as South Bend, Indiana, Mayor Pete Buttigieg, Bloomberg jumped into the race late last month. He said that he was concerned none of the current candidates could defeat President Trump in next year's election.

Explaining two weeks ago in an interview with CBS' This Morning why he launched a White House bid with just two months to go until the start of the primary and caucus nominating calendar, Bloomberg said: “I watched all the candidates and I thought to myself, 'Donald Trump would just eat them up'.”

“Let me rephrase it. I think that I would do the best job of competing with him and beating him,” added Bloomberg, who’s already spent more than $100 million of his own money to run TV ads for his presidential campaign. 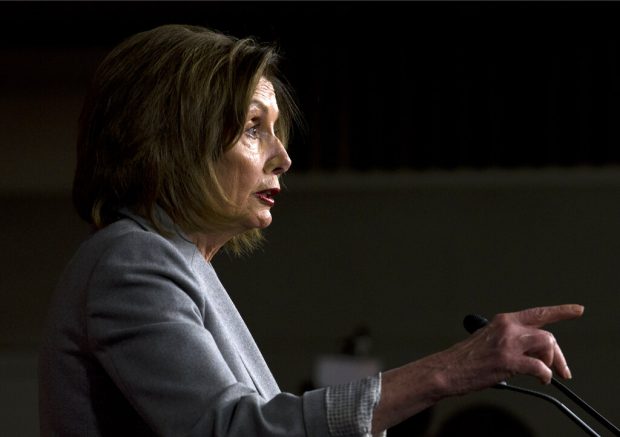 As the House prepares for its historic impeachment vote, Democrats are already planning ahead for the potential trial in the Senate. At the top of their agenda is who should stand before senators, who will be serving as jurors, and who will argue why President Trump should be removed from office.

That decision will ultimately be made by House Speaker Nancy Pelosi. She’s expected to choose Democrats, likely some in the Judiciary or Intelligence Committee, who have been involved in the impeachment process. However, a group of 30 Democrats is urging her to go a different route — one that ends with naming independent congressman Justin Amash as an impeachment manager. Amash famously left the Republican Party this year to register, instead, as an independent. 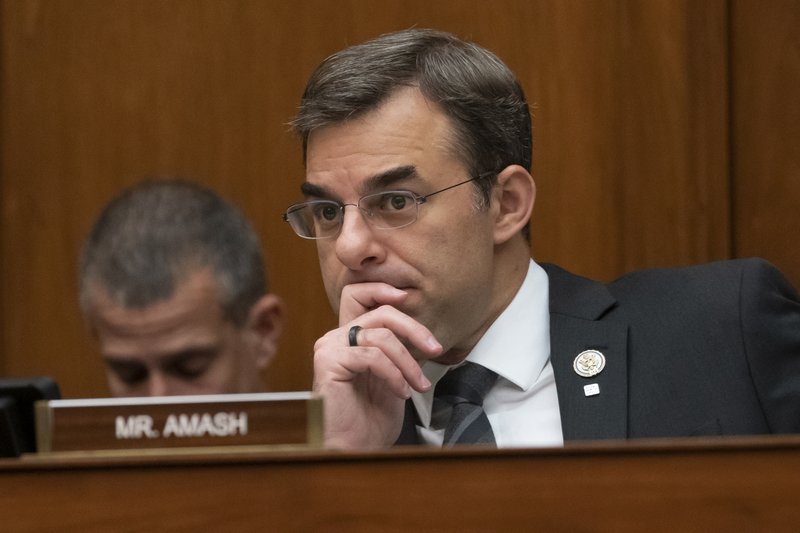 Before this move, however, he was the first Republican congressman to call for the president to be impeached. Some have argued that putting Amash front and center in the trial would send a statement that the impeachment inquiry is bipartisan, which is something Republicans say the investigation hasn’t been.

“What we’ve seen in the House was a partisan show trial,” stated Sen. Ted Cruz (R-Texas). “It was one-sided.”

Meanwhile, others say choosing Amash is too much of a risk. The Washington Post reported that Amash is open to the task if he’s asked, but according to CNN it likely won’t be offered to him.

With that pivotal decision coming down to Speaker Pelosi, it’s unclear if she will take the gamble or pick someone safer. Either way, we won’t have to wait very long to find out as Pelosi is likely to announce her picks this week.

RELATED: President Trump: ‘The Impeachment Hoax Is The Greatest Con Job In The History Of American Politics’