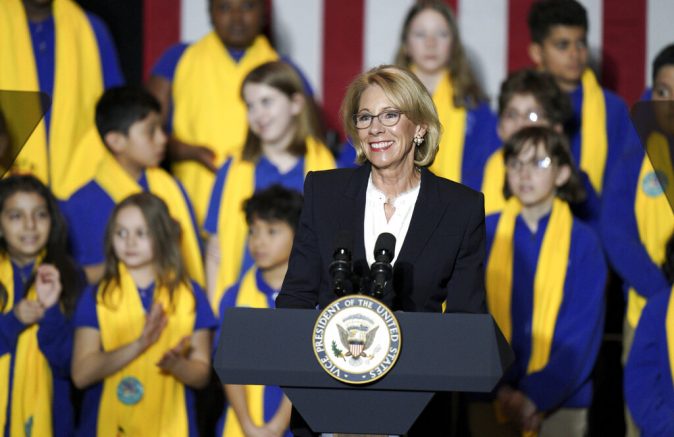 The U.S. secretary of education is planning to finance one year of a school choice scholarship awarded by the president. On Thursday, a spokesperson for Betsy Devos confirmed she would be donating her salary to fund a Philadelphia, Pennsylvania student’s scholarship.

Janiyah Davis and her mother were invited as special guests to the State of the Union address, where President Trump awarded the fourth grader with a scholarship to go to the school of her choice.

This comes after Devos and Vice President Mike Pence spoke in Philadelphia earlier this week about the city’s achievements in promoting school choice. 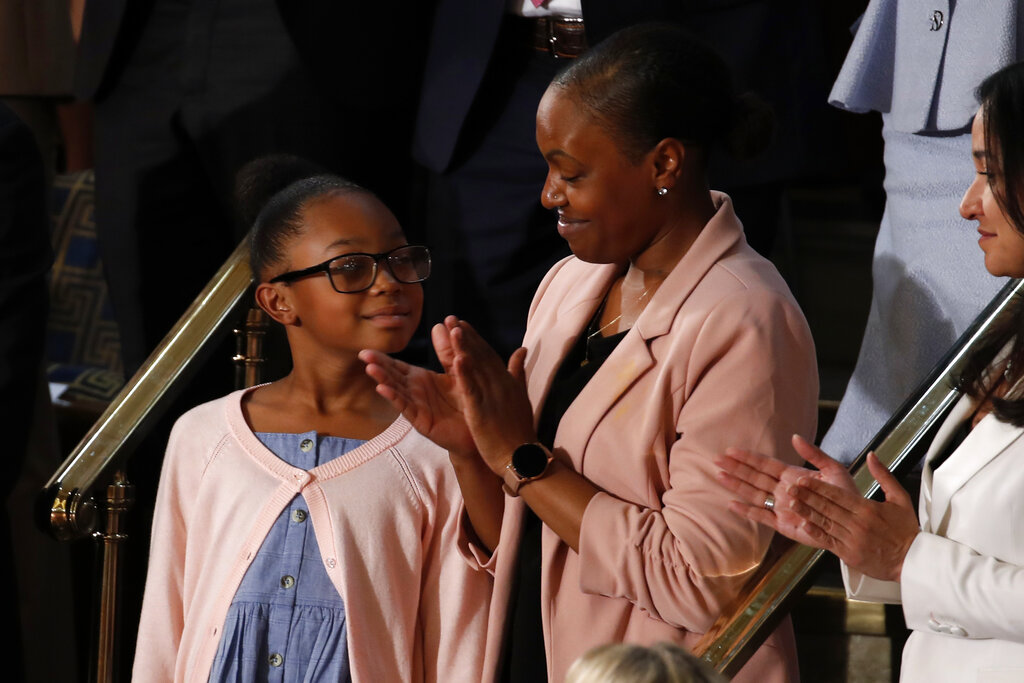 Janiyah, left, and Stephanie Davis of Philadelphia, listens as President Donald Trump delivers his State of the Union address to a joint session of Congress on Capitol Hill in Washington, Tuesday, Feb. 4, 2020. (AP Photo/Alex Brandon)

The Trump administration is working to create a federal tax credit for those who donate to state-based scholarship funds, however, Democrats have continued to block the school choice plan.

President Trump has been very vocal about every American family’s right to choose where their child attends school.