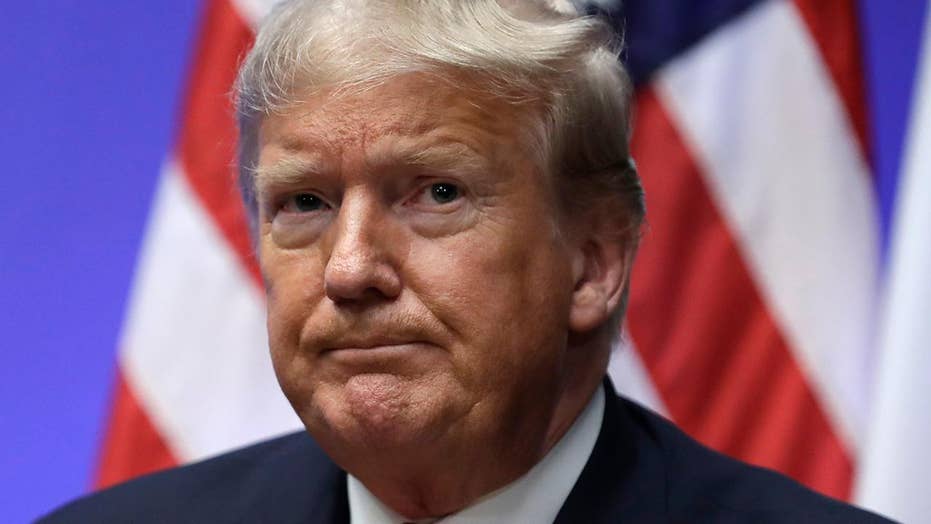 Is Trump leveraging his own impeachment to get a trade deal over the finish line?

Media reporter for The Hill Joe Concha explains the optics of the impeachment inquiry.

The United States and China have agreed to the terms of a phase one trade deal with China, though the details are still being finalized, a source told FOX Business.

Earlier Thursday, President Trump tweeted about the ongoing trade war with China, saying “Getting VERY close to a BIG DEAL with China. They want it, and so do we!”

It came as Trump and U.S. trade negotiators met at the White House on Thursday, as another U.S. tariff hike on $160 billion of Chinese imports is due to take effect Sunday.

The two sides have increased tariffs on billions of dollars of each other's imports in a fight over Beijing's technology ambitions and trade surplus.

The conflict has disrupted global trade and threatened to chill economic growth.

The planned weekend U.S. tariff hike would extend punitive duties to almost everything the U.S. would buy from China. Imports last year totaled more than $500 billion.

China has retaliated by raising duties on $160 billion of American goods but has been running out of imports for retaliation due to the lopsided trade balance. Beijing also has tried to limit losses to its own economy by avoiding imposing tariffs on high-tech components and other goods required by Chinese manufacturers.

In a conciliatory gesture, China's Ministry of Commerce announced Friday it was waiving punitive duties on U.S. soybeans and pork.