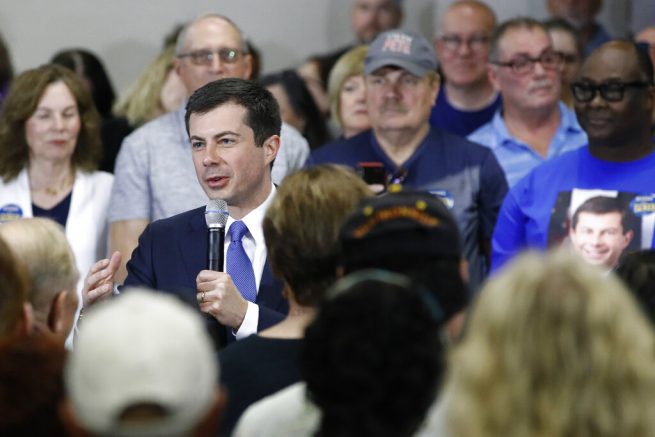 Residents of South Bend, Indiana, are warning Americans not to vote for the city’s former Mayor Pete Buttigieg.

Some said Buttigieg did nothing about crime in the city while others noted there were a record number of homicides during his time as mayor. FBI data showed violent crimes rose from 622 to more than 1,000 during his time in office.

A South Bend city council member claimed Buttigieg was difficult to work with and did not address the struggles of the local black community.

“It was very difficult to get across to him, and also to his administration, how African Americans were living in South Bend,” stated Henry Davis Jr. “You’re talking about double digit unemployment, a very high poverty rate of over 40 percent, high crime, schools closing.”

The former mayor has also come under fire for South Bend’s homeless problem and for claiming economic wins in the city, which some said were the result of statewide initiatives. 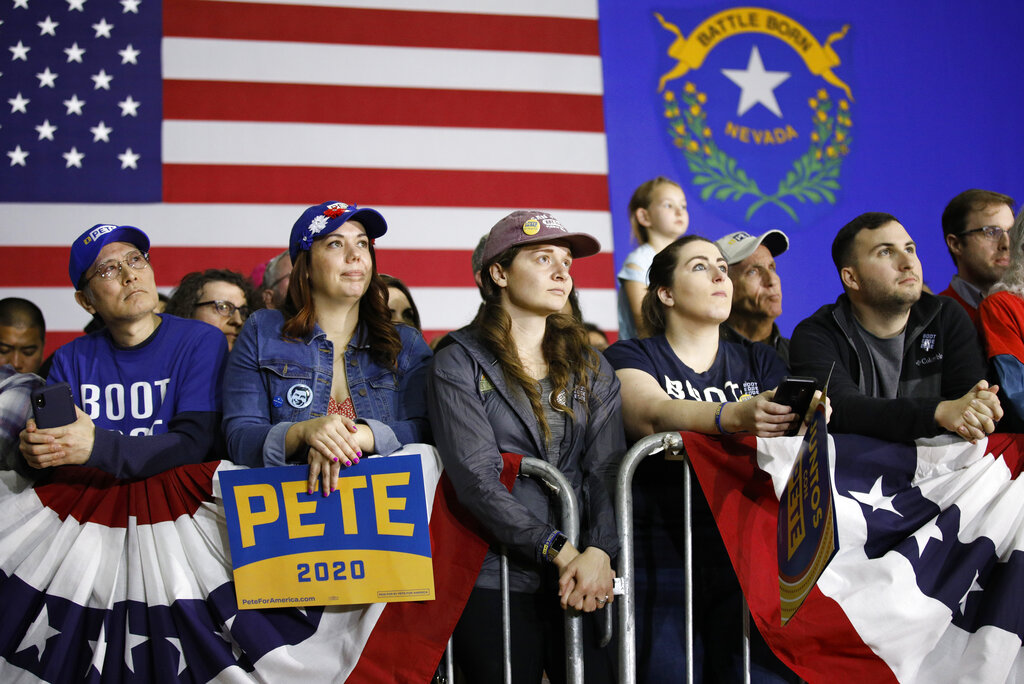 The claim pointed to a tweet by Buttigieg’s senior strategist Michael Halle. The group said his message appeared to have been used by ‘Vote Vets,’ a major progressive group that backs Buttigieg.

If confirmed, this would violate federal rules that prohibit candidates from coordinating with independent groups on their behalf. 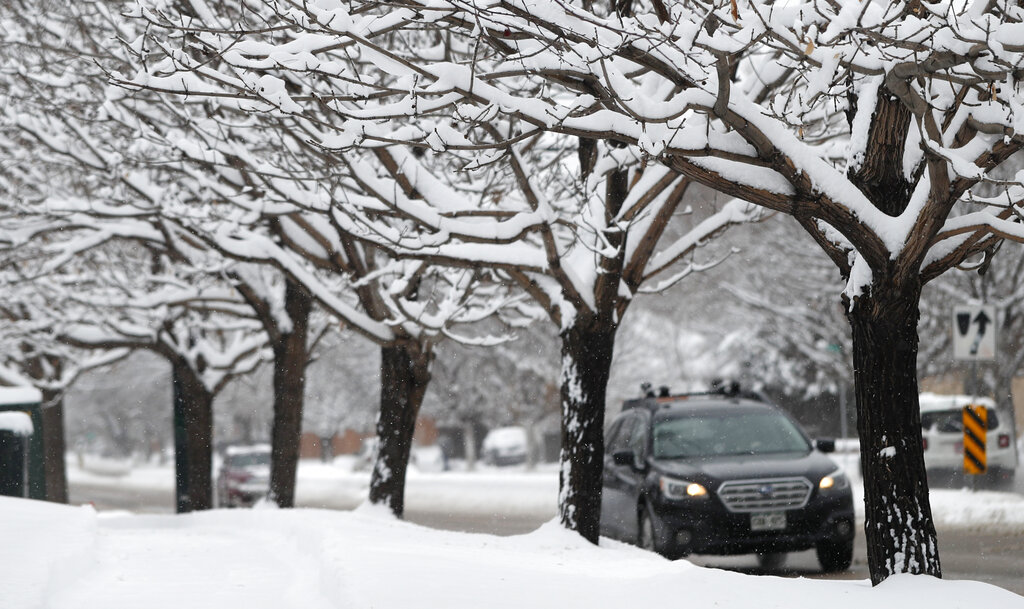 Traffic moves eastbound along Evans Avenue as snow coats the branches of trees as a winter storm sweeps over the intermountain West Friday, Feb. 7, 2020, in Denver. Forecasters predict that the storm will dump from one to three feet of snow in parts of Colorado before moving out Saturday to the Plains states and, in the process, clearing a path for another storm to hit the region Sunday. (AP Photo/David Zalubowski)

A winter storm is expected to hit the Northeast U.S. this weekend as multiple regions brace for rain and snow. Several states from Mississippi to Maine are under weather alerts as heavy storms battered the South and left more than 300,000 people without power. 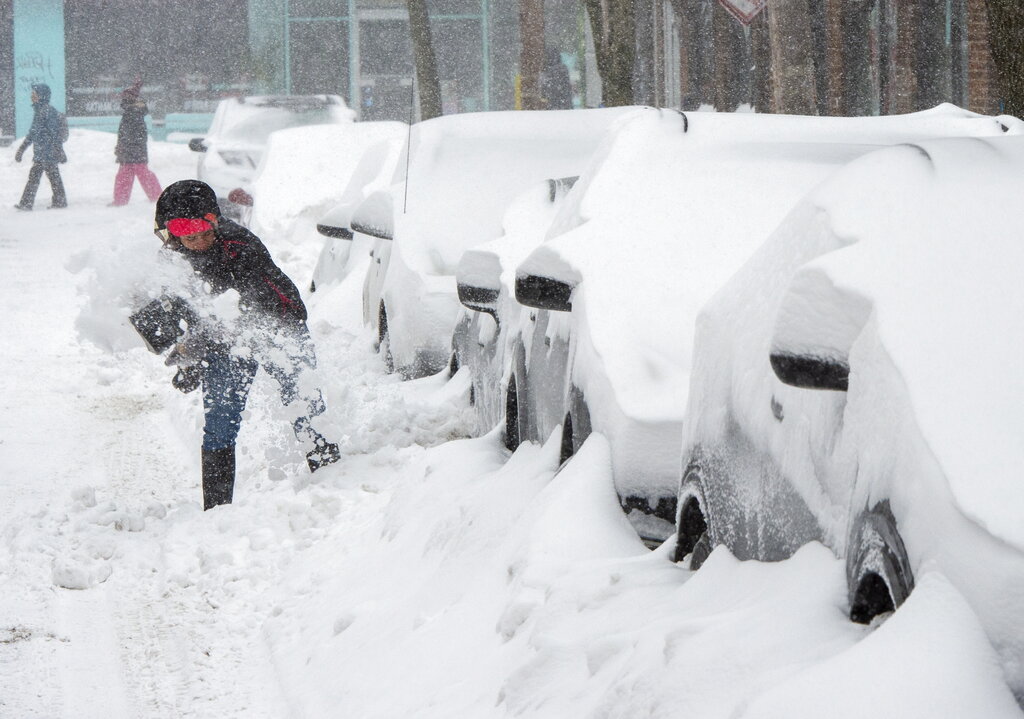 A woman shovels out her car during a snowstorm, Friday, Feb. 7, 2020 in Montreal. In the Montreal area, between 11 and 19 inches of snow is expected to fall by Friday night. (Ryan Remiorz/The Canadian Press via AP)

Meteorologists said the weather is typical for this time of year.

Reports said hundreds of people have been evacuated from their homes and many school districts have canceled classes due to the weather. 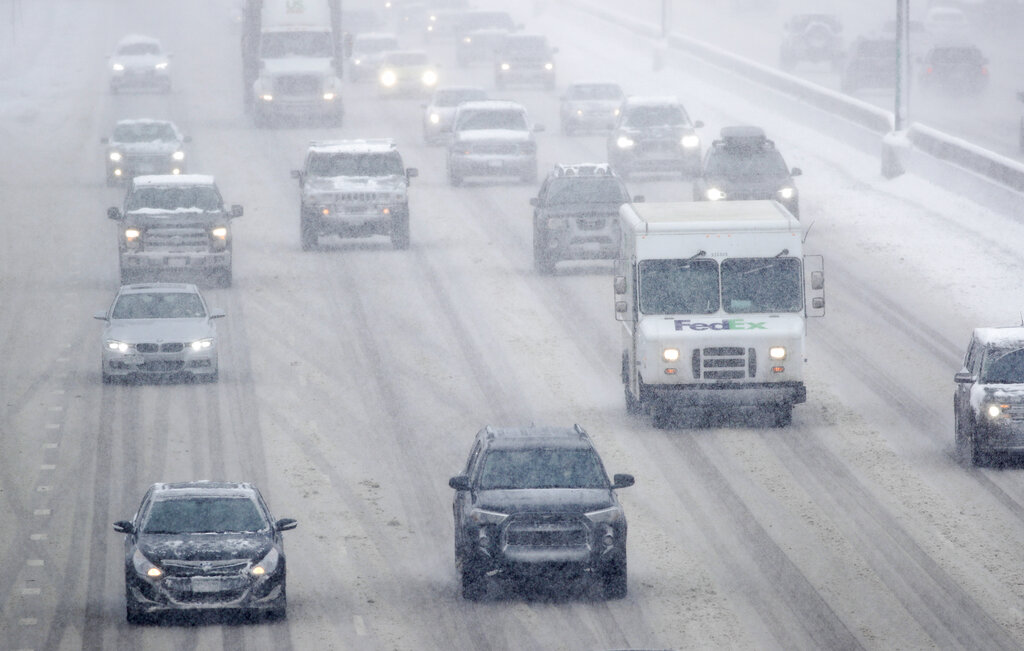 Motorists search for their lanes as a light snow falls on the southbound lanes of Interstate 25 near St. Paul Street as a winter storm sweeps over the intermountain West Friday, Feb. 7, 2020, in Denver. Forecasters predict that the storm will dump from one to three feet of snow in parts of Colorado before moving out Saturday to the Plains states and, in the process, clearing a path for another storm to hit the region Sunday. (AP Photo/David Zalubowski) 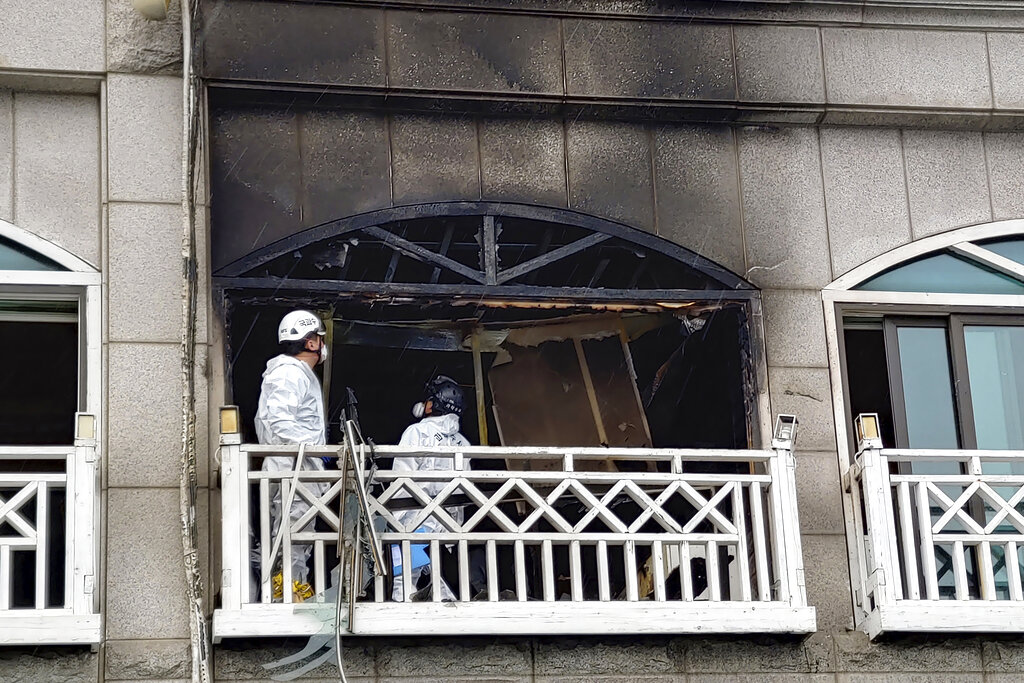 Several people were killed in an explosion at a South Korean motel on Sunday. Officials said a gas leak may have been the cause.

According to reports, the explosion occurred on the second floor of the motel while seven occupants grilled meat on a gas stove.

Authorities in the eastern city of Donghae confirmed four deaths and said at least five people were injured.

“They are residents of Gyeonggi Province and presumed to be from the same family,” stated fire official Yoon Jae-Gap. “The cause of the fire is presumed to be a gas explosion.”

An investigation has been launched to determine the exact cause.

A county judge in South Carolina dismissed on Wednesday a lawsuit against the Palmetto State’s Republican Party over its decision to cancel a presidential primary next year.

Richland County Circuit Judge Jocelyn Newman’s ruling effectively seals the near unanimous vote earlier this year by the state GOP’s executive committee to forgo its “First in the South” primary status in 2020 — since President Trump is the Republican incumbent.

In her opinion, Newman wrote, the law “does not give Plaintiffs a legal right to a presidential preference primary, and the Court will not substitute its own judgment for that of the General Assembly or the SCGOP."

Earlier this year, former South Carolina congressman Bob Inglis sued state Republicans, saying the party’s decision to skip a primary deprives him and others “of the ability to vote for the candidate of their choice in South Carolina’s famous (and particularly influential) ‘First in the South’ primary.”

South Carolina is among several states that have canceled Republican primaries and caucuses next year, an effort that helps Trump consolidate his support as Democrats work to winnow their large candidate field.

The move, taken September in South Carolina by the state party’s executive committee, is not unusual for the party of the White House incumbent seeking reelection.

In years past, both Republicans and Democrats have cut state nominating contests when an incumbent president from their party sought a second term. In 1984, South Carolina GOP leaders opted to call off their primary as President Ronald Reagan sought reelection. In 2004, the GOP again canceled the state’s primary, with leaders deciding instead to endorse President George W. Bush’s reelection.

The South Carolina Democratic Party didn’t hold presidential primaries in 1996 or in 2012, when Presidents Bill Clinton and Barack Obama were the incumbents.