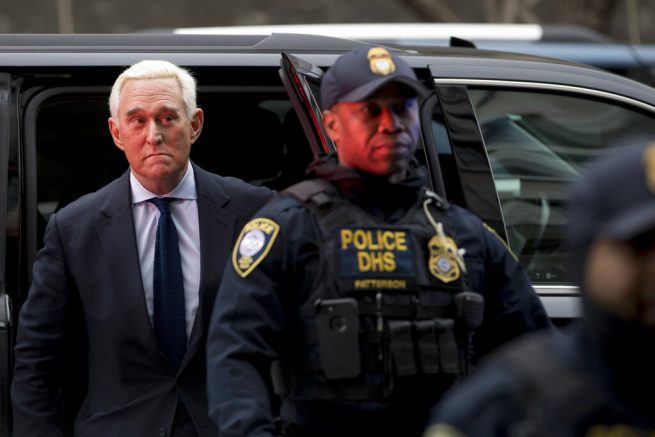 According to congressman Eric Swalwell (D-Calif.), impeachment is still not off the table after the Justice Department intervened on behalf of Republican operative Roger Stone.

In an interview Wednesday, the California lawmaker said he agreed with Stone’s sentence and he shouldn’t be treated differently than anyone else who went to trial.

Swalwell said he’s concerned about the ability of judges and prosecutors to work independently. He added, ultimately it will be up to the voters in November. However, impeachment over the Stone issue is still an option.

Democrats have reportedly called for new investigations and oversight into President Trump, but they are ultimately struggling to figure out what to do next after their impeachment effort failed last week.

RELATED: President Trump On Stone Pardon: I Don’t Want To Talk About That Yet

Rep. Eric Swalwell, D-Calif., said Tuesday that if President Trump refuses to send the documents and witnesses that House Democrats requested in the impeachment inquiry, “We can only conclude that you’re guilty,” sparking critics on Twitter to accuse him of suggesting the president is guilty until proven innocent.

"In America, innocent men do not hide and conceal evidence," Swalwell added, in his conversation with CNN's Wolf Blitzer. "They are forthcoming and they want to cooperate and the president is acting like a very guilty person right now."

Among those objecting to Swalwell's remarks was Ben Williamson, communications director for Rep. Mark Meadows, R-N.C.

"I believe the Fifth Amendment was just repealed on live television," Williamson wrote.

In a Twitter message earlier Tuesday, Swalwell had compared what he described as Trump's stonewalling by using a sports metaphor of drug testing in Major League Baseball.

"[I]f a baseball player refuses to take a drug test, MLB treats it as a positive result. Why? Only a player who’d test dirty would refuse a test," he wrote. "Why won’t @realDonaldTrump send witnesses or documents to Congress? Because he’d test dirty."

"guilty until proven innocent, the motto of the liberal miscreants like you," another wrote.

"Did you seriously just try to compare impeaching a president to a drug test in baseball? The idiocy is bleeding through my computer screen," a third Twitter user commented.

The House is expected to vote on impeachment Wednesday.