"We don't have a Super PAC, we don't want a Super PAC. We don't go to rich people's wine caves,” Sanders told the crowd in a reference to an elite California fundraiser Buttigieg held in a Napa Valley wine cave last weekend, KABC-TV of Los Angeles reported. 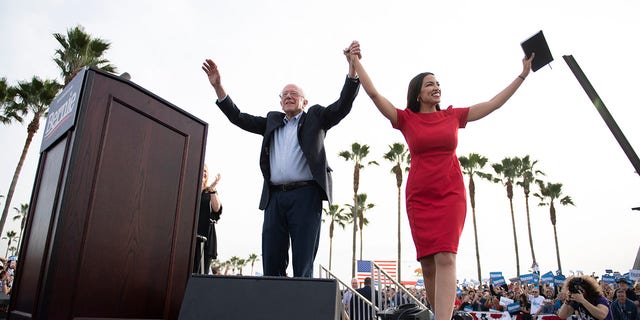 Thousands showed up to the beachside Venice rally just two days after the Democrats debated at nearby Loyola Marymount University.

"Our campaign is not only about defeating Trump, our campaign is about a political revolution,'' Sanders said, according to KABC. "It is about transforming this country, it is about creating a government and an economy that works for all people and not just the one percent.''

Ocasio-Cortez, who introduced the senator, endorsed him in October and has accompanied him at several of his rallies, including a large "Bernie's Back" gathering in New York City in October that came after Sanders recovered from a heart attack.

Buttigieg is leading Sanders in a new Iowa poll, 24 percent to 21 percent, according to The Hill.