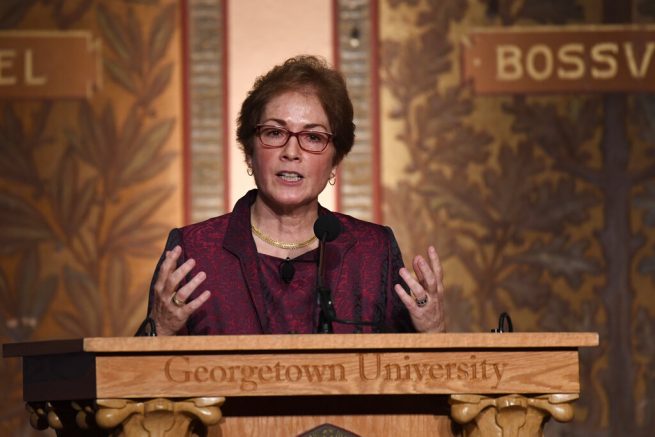 Former Ambassador to Ukraine Marie Yovanovitch speaks at Georgetown University in Washington, Wednesday, Feb. 12, 2020. She was awarded the 2020 J. Raymond “Jit” Trainor Award for Excellence in the Conduct of Diplomacy. (AP Photo/Susan Walsh)

Another former Trump administration official has reportedly been working on a book deal in the wake of the impeachment battle. Former Ambassador Marie Yovanovitch, who testified in the House hearings about the president’s Ukraine dealings, has been drafting a memoir.

On Friday, Houghton Mifflin Harcourt confirmed its intent to publish the currently untitled book. The memoir is expected to detail Yovanovitch’s career leading up to her retirement last month.

The president removed her from her post in May of last year. In her first public comments since her departure, the former ambassador took a swipe at President Trump and issued a warning.

“We need a vigorous Department of State, but right now the State Department is in trouble. Senior leaders lack policy vision, moral clarity and leadership skills. The policy process has been replaced by decisions emanating from the top with little discussion.” – Marie Yovanovitch, Former U.S. Ambassador to Ukraine 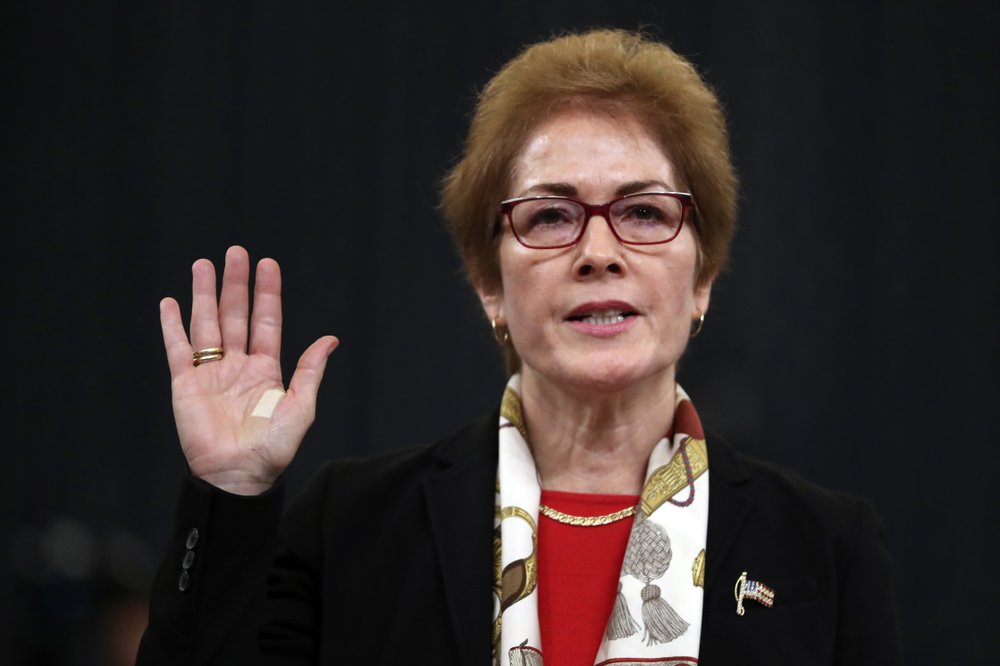 Former U.S. Ambassador to Ukraine Marie Yovanovitch is sworn in to testify to the House Intelligence Committee on Capitol Hill in Washington, Friday, Nov. 15, 2019, during the second public impeachment hearing of President Donald Trump’s efforts to tie U.S. aid for Ukraine to investigations of his political opponents. (AP Photo/Andrew Harnik)

According to the publisher, Yovanovitch’s book seeks to point out issues facing America today. It also will share her thoughts on strengthening our democracy.

“This is about much more than just the recent controversy,” stated Houghton Mifflin Vice President Bruce Nichols.

The book will reportedly be released next spring after the 2020 elections.