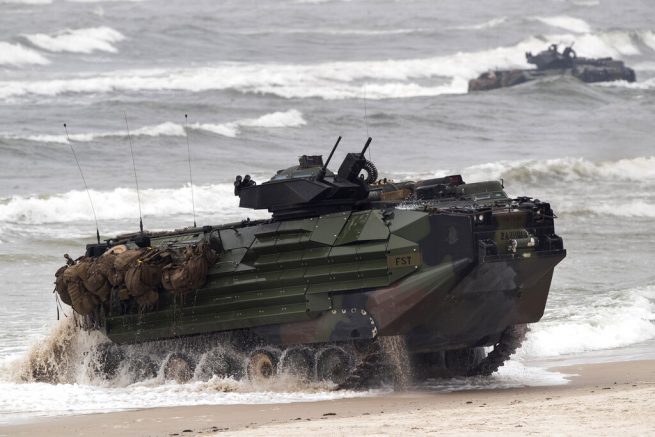 The vehicle was carrying a total of 16 people, eight of whom were recovered.

One Marine was declared dead and two were injured. Seven Marines and one sailor are still missing.

The Navy and Coast Guard have been assisting search and rescue efforts. An investigation has been launched into the origins of the incident.

“They’re actually working with us to provide assets that can basically get down to take a look at the AAV (amphibious assault vehicle). We are continuing search and rescue operations at this point. We have not moved into recovery operations, we’re still looking for them.” – Lieutenant General Joseph Osterman, Commander of the 1st Marine Expeditionary Force

The two injured marines are currently recovering in the hospital with one in critical condition. The families of the victims have all been notified.