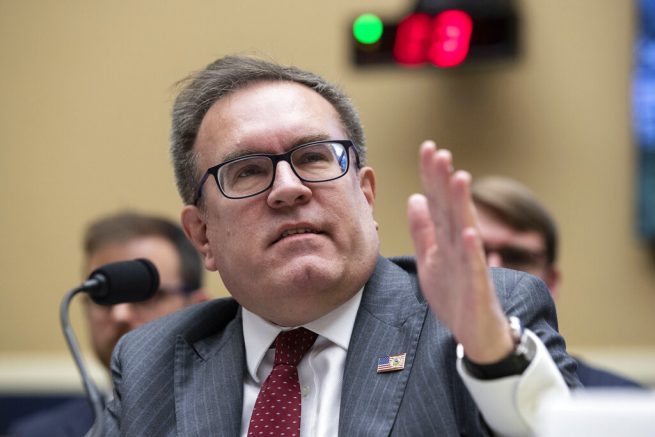 FILE – In this Feb. 27, 2020, file photo, Environmental Protection Agency Administrator Andrew Wheeler testifies during a hearing on Capitol Hill in Washington. The Trump administration is steadily pushing major public health and environmental rollbacks toward enactment, rejecting appeals that it slow its deregulatory drive while Americans grapple with the pandemic. (AP Photo/Alex Brandon)

“While these are tougher standards than the proposal, they are still more realistic and achievable than the 2012 standards,” said Andrew Wheeler, EPA administrator. “…Which had required an approximate five percent increase in stringency per year and which the majority of car companies were already not meeting.”

The Obama-era rules have divided the auto industry with Ford, BMW, Volkswagen and Honda siding with California’s pledge to follow the green emissions rules. Other auto giants believe the standards proved tough to meet as consumers moved toward buying larger trucks and SUVs.