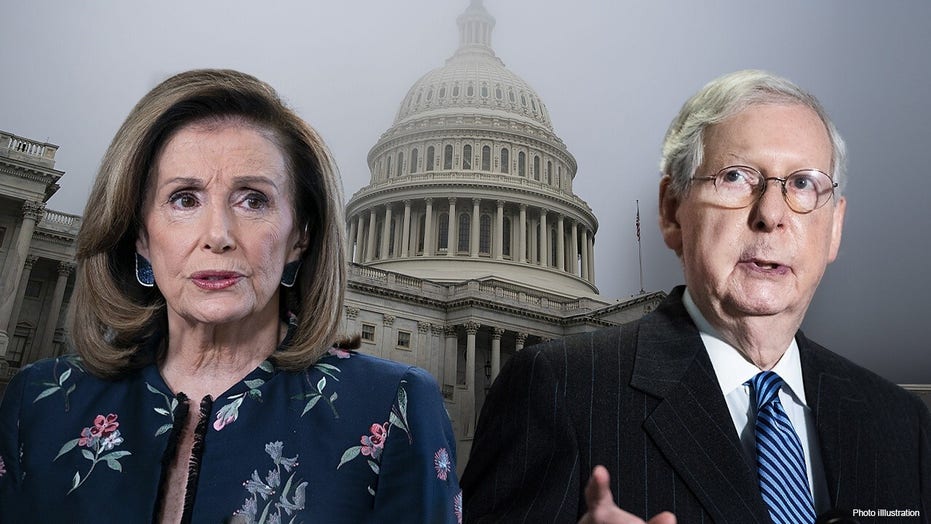 It took more than 14 hours, but President Trump finally publicly responded to a speech by Senate Majority Leader Mitch McConnell in which the Trump ally and fellow Republican congratulated President-elect Joe Biden on his White House victory.

“Mitch, 75,000,000 VOTES, a record for a sitting President (by a lot). Too soon to give up. Republican Party must finally learn to fight. People are angry!” Trump wrote on Twitter early Wednesday morning, as he re-tweeted an article from the Daily Mail that was headlined “MAGA turns on Mitch.”

The story spotlighted quotes and tweets from high-profile Trump supporters who blasted McConnell after he made his comments on the floor of the Senate recognizing Biden’s victory. McConnell, the longtime GOP senator from Kentucky who has led the Senate for the past six years, gave his speech the morning after the Electoral College formalized Biden’s victory over the president in last month’s election.

McConnell also asked his Republican colleagues in the Senate not to try and contest the election results on Jan. 6, when a joint session of Congress formally accepts the Electoral College count. While some strong Trump allies in the House plan to call for a debate, McConnell’s move effectively ends any hopes of a last-minute reprieve for the president. A majority of both houses of Congress would be needed to upend the election results.

The powerful Senate majority leader made his move after weeks of ignoring pleas from Senate Democrats to recognize Biden’s victory.

And McConnell made his comments his way.

Only after spending most of his speech praising the current president and his administration’s accomplishments did McConnell turn the corner and say “the Electoral College has spoken.

“So today, I want to congratulate President-elect Joe Biden. The president-elect is no stranger to the Senate. He has devoted himself to public service for many years.”

But the leader quickly added, “I look forward to finishing out the next 36 days strong with President Trump. Our nation needs us to add another bipartisan chapter to this record of achievement.”