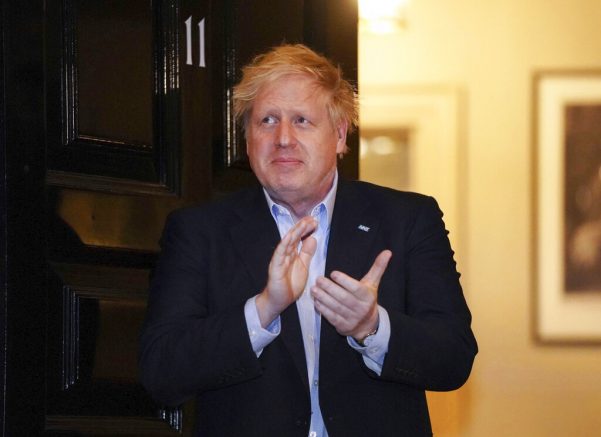 On Thursday, the prime minister briefly stepped out of his self-isolation at 10 Downing Street to give a round of applause to the National Health Service, or the NHS.

Johnson is battling coronavirus himself, but has continued to work from his office and makes time to address the nation on a daily basis. He noted that the NHS has saved Britain and must be protected.

“Now, I want to bring you up to speed on some of the things that we’re doing above all to protect our National Health Service (NHS),” said the British prime minister. “And we’ve shipped, just in the last couple of weeks, 397 million separate pieces of personal protective equipment to look after our amazing NHS staff.”

Johnson said the U.K. is boosting virus testing, while the British Army is ramping up efforts to help the NHS battle the outbreak in every possible way.