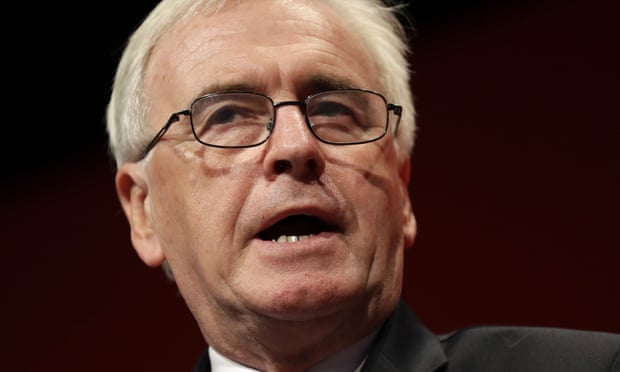 John McDonnell, member of the U.K’s Labour Party, has been Shadow Chancellor of the Exchequer in the Shadow Cabinet of Jeremy Corbyn since 2015. (Kirsty Wigglesworth/AP Photo)

According to the U.K.’s Shadow Finance Minister John McDonnell, the prosecution of Julian Assange is the biggest human rights concern of the contemporary era.

McDonnell visited Assange at the U.K.’s Belmarsh Prison on Thursday and said the WikiLeaks founder must be granted whistleblower protections. The official added that Assange is working on his case and plans to return to journalistic work once his trial is finished.

“We have a long tradition in this country for standing up for journalistic freedom, and standing up for the protection of whistleblowers and those who expose injustices,” he stated. “If this extradition takes place I think it will damage our reputation — I’m hoping it doesn’t.”

McDonnell also added that people must have true information in the public domain and make their own judgments about certain reports. 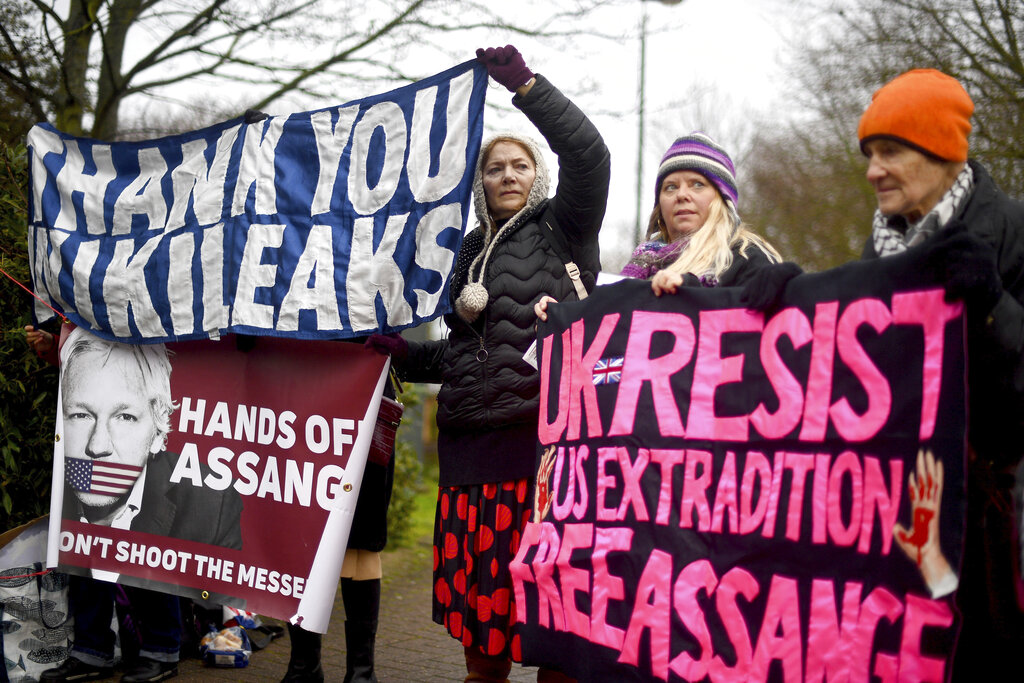 Supporters of WikiLeaks founder Julian Assange protest outside Belmarsh Prison, in London, Tuesday Feb. 18, 2020. Assange faces extradition hearings, to face charges in America, including conspiring to commit computer intrusion, over the publication of US cables a decade ago. (Victoria Jones/PA via AP)

Meanwhile, supporters of Assange are planning a march to Parliament Square on Saturday in protest of him being extradited. Over 1,200 journalist as well as people in journalism-related fields have signed a global statement in defense of the WikiLeaks founder.