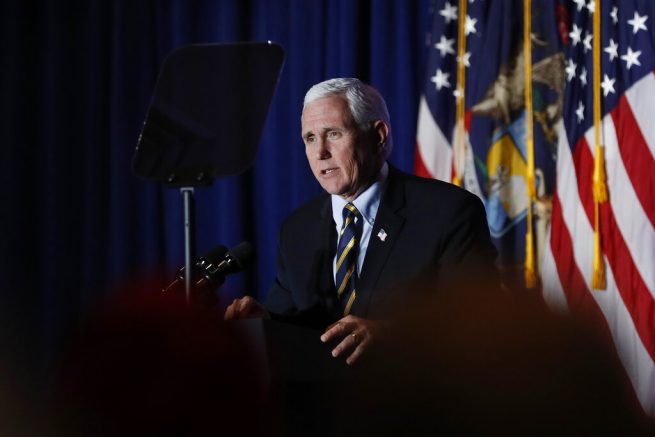 On Tuesday in Lansing, he spoke to the Michigan Farm Bureau and discussed policies the president has implemented to help the nation’s agriculture industry. Pence also praised the bureau for employing nearly 1 million Michigan residents.

Pence also took a shot at Democrat presidential candidate Mike Bloomberg for claiming “anyone can be a farmer.” He made the following statement regarding the former New York mayor’s comments:

“Major national candidates are denigrating America’s farmers. I mean, one candidate – I’m sure you all saw it – one of the other side’s candidates for president said, ‘I can teach anybody to be a farmer.’ He said, ‘it’s a process – you dig a hole, you put a seed in, you put dirt on top, you add water – up comes corn.’ I have never heard a more uninformed, ignorant statement about agriculture in my life.”

Pence continued by saying, “it’s remarkable to think that for more than 100 years, the Michigan Farmer’s Bureau has stood up for farmers.”