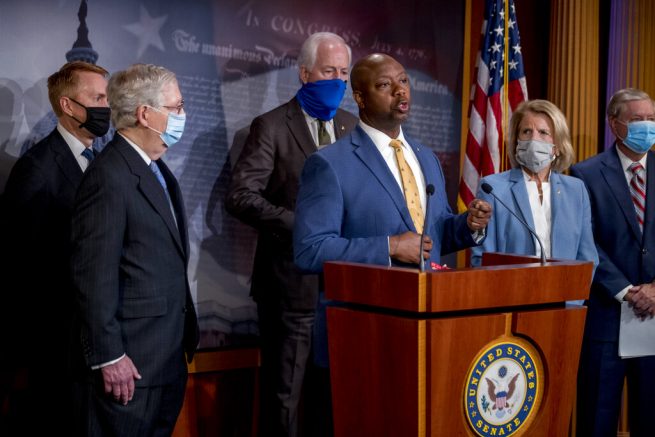 Congress is preparing for a busy week ahead amid the ongoing coronavirus pandemic and continued partisan disputes over police reform. Lawmakers are still trying to reach an agreement on a police reform bill after Democrats rejected the GOP bill in the Senate last week.

Sen. Tim Scott (R-S.C.) said he’s continuing discussions with leaders on the other side of the aisle. One of Sen. Scott’s main priorities in the talks is reaching a compromise on a Democrat push to eliminate qualified immunity police protections, which is one of the major hang ups in passing a bill.

Lawmakers are also tackling the annual National Defense Authorization Act in the coming days, which will outline the Department of Defense’s annual budget for 2021. The Senate votes on its version of the bill Monday and the House Armed Service Committee will hold a mark-up session on Wednesday.

Debate surrounding this year’s bill is expected to touch on the renaming of bases, the southern border wall and abortion at oversees military facilities.

Meanwhile, House Democrats are moving forward on health care and infrastructure legislation. Each of these proposals gained traction last week as Democrats outlined their priorities ahead of the November election.

The Patient Protection and Affordable Care Enhancement Act aims to expand the Affordable Care Act by increasing Medicaid funding and lowering premiums. Speaker of the House Nancy Pelosi argued this legislation is especially important now as America is fighting the coronavirus pandemic.

“It isn’t just the fierce urgency of now, it is the opportunity of now that we have to make this difference,” she stated. 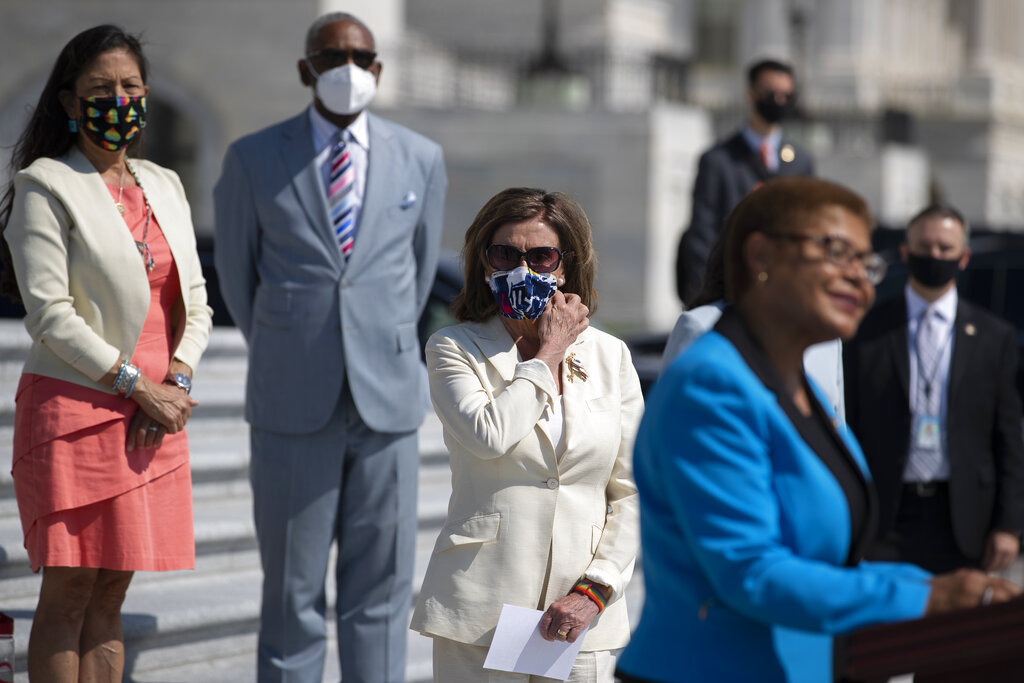 House Speaker Nancy Pelosi of Calif., adjusts her facemark as she stands with House Democrats spaced for social distancing, as Rep. Karen Bass, D-Calif., right, speaks during a news conference on the House East Front Steps on Capitol Hill in Washington, Thursday, June 25, 2020, ahead of the House vote on the George Floyd Justice in Policing Act of 2020. (AP Photo/Carolyn Kaster)

The vote on the bill comes just days ahead of the deadline for the Trump administration to file its brief with the Supreme Court in an attempt to strike down Obamacare.

On Thursday, the House will be voting on the Moving Forward Act. This Democrat-led infrastructure legislation prioritizes public transportation in an effort to reduce carbon emissions.

Although lawmakers are optimistic they will pass these policies in the House before the recess, it is unlikely the Republican-led Senate will take either of them up.