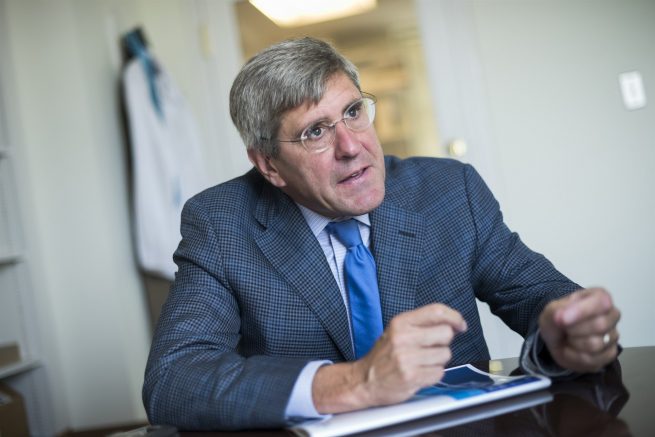 Stephen Moore is interviewed in his Washington office in 2016. (Tom Williams / CQ Roll Call via AP)

A member of the White House economic task force has expressed his optimism over the economy’s recovery. On Sunday, economist Stephen Moore voiced a positive outlook on seeing a V-shaped climb in the economy.

The adviser has suggested the economy may begin to rise as long as President Trump continues to help job resurgences.

Though the economy took a major hit during the pandemic, Moore believes the July jobs report indicated clear hope for an economic comeback.

Though the report is optimistic, the adviser added it may still take up to a year for the economy to fully recover.