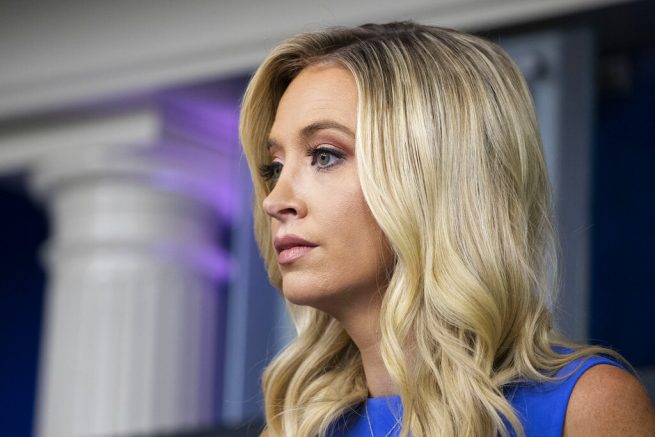 McEnany made the comment Tuesday after President Trump said the Chinese-owned app TikTok would be banned in the U.S. in mid-September if it’s not sold to an American company.

The Trump administration said the app poses a national security threat because it feeds data directly to the Chinese Communist Party. The press secretary reiterated those concerns during Tuesday’s briefing.

The Treasury Department is conducting a national security review of TikTok. Meanwhile, U.S. tech giant Microsoft is interested in buying the app and the president supports the move.

RELATED: Apple says it has no interest in buying TikTok