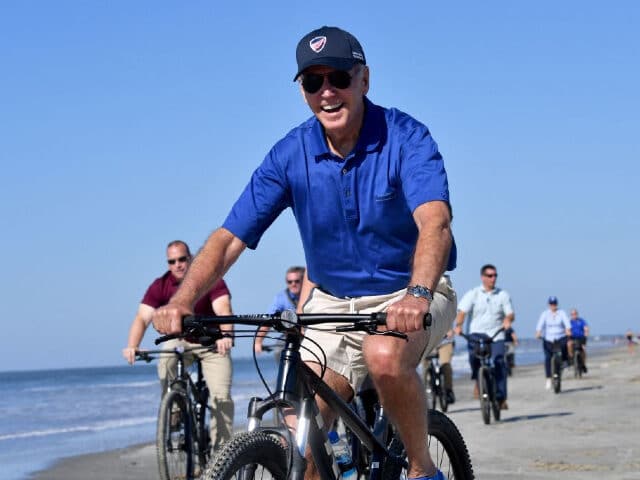 US President Joe Biden rides his bicycle along the beach while on vacation in Kiawah Island, South Carolina, on August 14, 2022. (Photo by Nicholas Kamm / AFP) (Photo by NICHOLAS KAMM/AFP via Getty Images)

Joe Biden is receiving push back after being away from the White House for two-thirds of August.

Recently, the Republican National Committee (RNC) pointed out that he’s spent 41-percent of his in time in office on vacation. Specifically, Biden’s vacations have totaled 234 days out of his total 589 days in office.

RNC Chairwoman Ronna McDaniel thinks that this, along with concerns about the Democrats recent stimulus bills which she claims are contributing to high spending, could work in Republicans favor at the upcoming midterm elections.