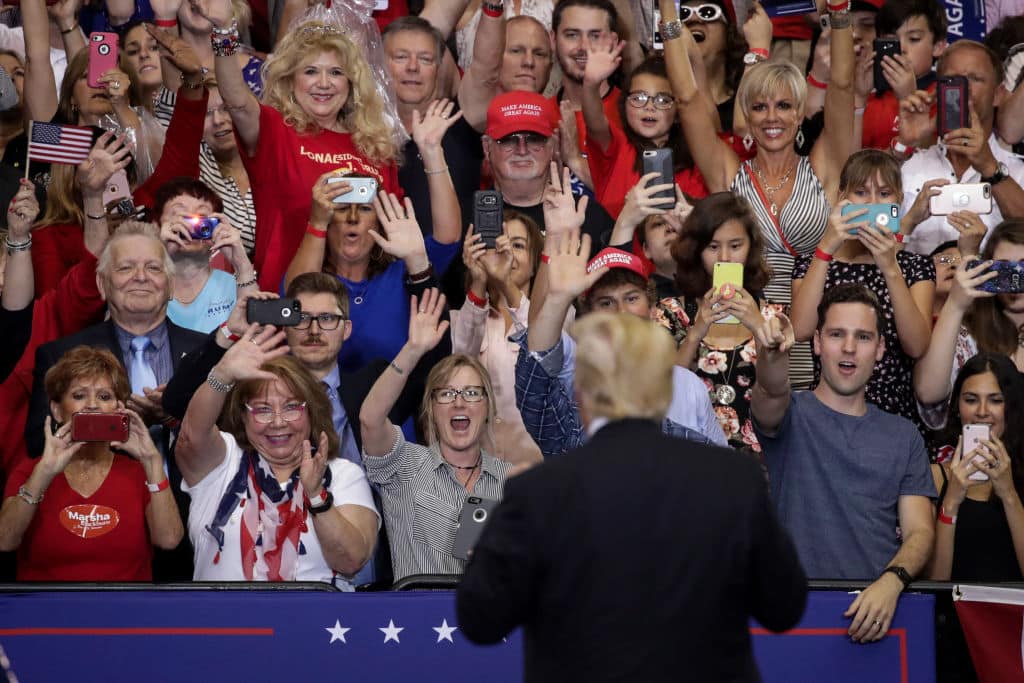 NASHVILLE, TN – MAY 29: U.S. President Donald Trump acknowledges the audience during a rally at the Nashville Municipal Auditorium, May 29, 2018 in Nashville, Tennessee. (Photo by Drew Angerer/Getty Images)

According to the Epoch Times, Trafalgar Group Chief Pollster Robert Cahaly has stated that President Biden’s MAGA Republican remarks have made pollsters access to Republican voters even more scant.

He said that this will be a continuation of the trend seen in 2016 where Trump voters refused to answer polls. In 2020, even less Trump supporters answered polls which resulted in an undercount of GOP support.