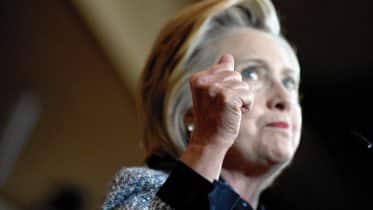 Hillary Clinton is taking heat for expressing concern over classified documents. On Wednesday’s episode of The View on ABC, Clinton said that the raid on Trump’s Mar-a-Lago home should be taken very seriously. The former Secretary of State claimed to be “terrified” knowing a former President was in possession of such sensitive information.

However, The View co-hosts failed to ask Clinton about her use of a private email server during her tenure as Secretary of State.

“Apparently they’ve been moved around. It’s not like they were in a vault, they were in storage room where people go in and out, getting umbrellas for the pool or you know something else,” Clinton said. “So, I think that we have to wait (and) we have to have, I think, two minds about this. No one is above the law.”

During the interview, the former First Lady refused to say if President Donald J. Trump would be indicted.

MORE NEWS: DeSantis Fires Back At Newsom: Calif. Can’t Even Keep Power On