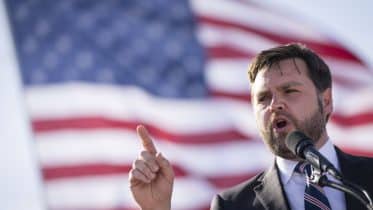 Ohio Republican Senate nominee J.D. Vance is hoping to best Democrat Representative Tim Ryan for the coveted seat to go to Capitol Hill. The seat that the two men are fighting for is being vacated by Republican Senator Rob Portman. Portman announced his retirement in January.

The Hillbilly Elegy author rose to fame when his best-selling book hit the top in 2016. Analysts say his book was a window into rural Americans. The novel also explained why Ohio swung for Trump in 2016 and 2020. Since then, the venture capitalist has been a thought leader. Vance speaks on the long-forgotten working class American and he has appeared on multiple news outlets sharing his commentary.

During the highly contested primary election this cycle, the Republican was able to win over former President Trump. Vance’s opponent on the other hand acts in lock-step with the Democrat party despite claiming he wants to fight for the working class.

Reports have revealed that Ryan has voted with House Speaker Nancy Pelosi (D-Calif.) and Joe Biden 100-percent of the time. Vance on the other hand not only wants to hold his Democrat opponent’s feet to the fire, but he also wants to reform the Republican party.

The Senate hopeful shared with One America’s Dan Ball the biggest issue he has with Ryan’s political evolution.

“They pretend that they believe one thing when it’s like look the video clip is right there of you saying something two years ago,” Vance said. “For example, Tim Ryan, who I’m now running against, is trying to claim that he’s really supportive of Trump’s tariffs on the Chinese yet two, three years ago he was one of the biggest fighters against those tariffs. Look, you can have a change of opinion but at least be honest and admit that you believe something different and that the facts made you change your mind. I think when people try to pretend that they’re something they’re not, that’s when politicians get into trouble.”

The Republican is capitalizing on this area of opportunity because he doesn’t think Ryan can represent the best interests of Ohio.