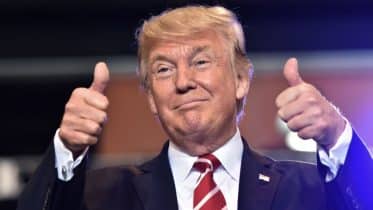 A Florida judge has approved 45th President Donald J. Trump’s pick to review his documents in the Mar-a-Lago raid case.

On Thursday, Judge Aileen Cannon appointed Raymond Dearie as the case’s special master. Dearie is a former chief judge of a federal court in the Eastern District of New York. He was first appointed by President Ronald Reagan in 1986 to serve as a federal judge. Dearie is currently an active judge on senior status. He is described by his peers as being an “old school gentleman and unfailingly polite.” He is also described as being the “platonic ideal of what you want in a judge.”

Additionally, Judge Cannon denied the Depart of Justice’s (DOJ’s) motion for a stay. The DOJ attempted to prevent a review of the roughly 100 documents obtained in the raid but their motion was struck down. Trump’s team argued that a special master was necessary to ensure that the DOJ return private documents that were seized during the raid.

Judge Cannon is giving Dearie until November 30th to complete his work. Initially, the DOJ requested the process to end in October, however Trump’s legal team requested that they are allowed 90 days. In this time, he is instructed to issue interim reports and recommendations “as appropriate.”