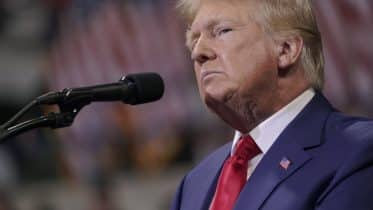 On Thursday, the Department of Justice (DOJ) appealed the ruling to allow a special master. The DOJ claimed that allowing a special master to take the time to review the documents could irreparably cause harm to the investigation.

Following the DOJ’s announcement, Trump said that the department was wasting millions of taxpayer dollars on the appeal. Trump also claimed the agency is asking for his trust despite spying on his campaign and lying to federal courts in order to obtain FISA (Foreign Intelligence Surveillance Act of 1978) warrants. He argued that the search warrant itself was over-broad and that the judge ruled that he could be harmed by improper disclosure of sensitive information seized. Trump said the judge who signed the order was very brave and that the judge’s wise words have rang throughout the nation.

The 45th President finished out his thoughts by saying the DOJ would rather waste money on this than use it to fight back against actual corruption in the government.