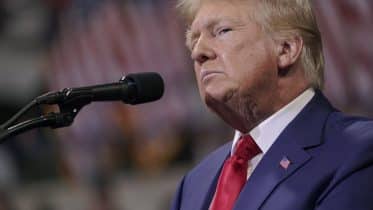 In a Truth Social post, Trump said that the one-time Conservative network gives Democrats softball questions in interviews. He claimed that their Republican counterparts “get creamed” by the hosts.

The Republican also said that contributor Karl Rove is unwatchable but is on all of the time regardless.

Trump said that if CNN ever decided to become Conservative, they’d massively improve their ratings. He announced that he’s willing to help the news network should they decide to lean right.

MORE NEWS: Biden Has Spent 41% Of His Time In Office On Vacation