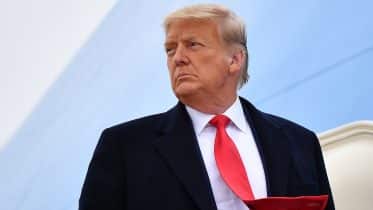 On Monday, Trump shared a report from the Daily Caller, saying the evidence of dead people voting in the 2020 election is real. The report is citing a voter database from the Public Interest Legal Foundation.

It discovered that 350,000 dead people were registered to vote in the 2020 elections. The report added that these dead voters were sent mail-in ballots, after which their family members and ballot harvesters then cast a vote on their behalf, which is illegal.

This information comes just days after Trump told his supporters in Pennsylvania that the 2020 election was stolen.

“The 2020 election was rigged and stolen and now our country is being destroyed by people who got into office through cheating and through fraud,” Trump said.

In a separate statement, the former President came to the defense of Politico publisher, Mathias Döpfner. Döpfner is under fire for saying he wished Trump would have won in 2020. Trump said that in fact –he won big.