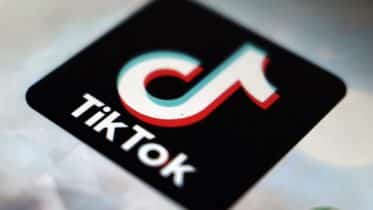 The Senate Committee on Homeland Security heard a testimony on the threats that social media places on National Security. An expert on Chinese surveillance and social media claimed that TikTok is a disaster waiting to happen.

Geoffrey Cain testified before the Senate Committee on Homeland Security on Wednesday. There, he claimed that TikTok’s software contains powerful surveillance and data collection capabilities. He also noted that the app is owned by a company that must comply with the dictates of the Chinese Communist Party.

“TikTok executives will, under Chinese law, face a minimum of 20 days detention if they refuse to turn over data on anyone in the world,” Cain said. “And this could be anybody, anybody in China, anybody who’s traveling through China, through Hong Kong. This is a documented legal situation, and it’s not something that TikTok, despite claiming to be an American company, can avoid.”

Cain said TikTok uses a shell corporation in the Cayman Islands to throw up a red herring in order to distract from these obligations to the CCP. The American branch of TikTok, and its Chinese developer parent company ByteDance, both report to the same shell company in the Cayman Islands. The two branches are also both run by the same CEO. Cain said the Chinese government has made its ambitions clear and that data is its biggest target.

“An authoritarian regime such as China will attempt to get access to that data and use it to build artificial intelligence capabilities, capabilities that might involve espionage, spying on military officials, government officials,” Cain announced. “This is a major, major Trojan horse that needs to be dealt with.

Senator James Lankford (R-Okla.) pointed out that TikTok is becoming increasingly more aggressive in its pursuit of your data.

Data that the CCP may be harvesting from TikTok users plays right into the hands of China’s digital ambitions which poses a major National Security threat.

MORE NEWS: Trump says FBI and DOJ are targeting and harassing ‘dozens of amazing patriots who stand for America’