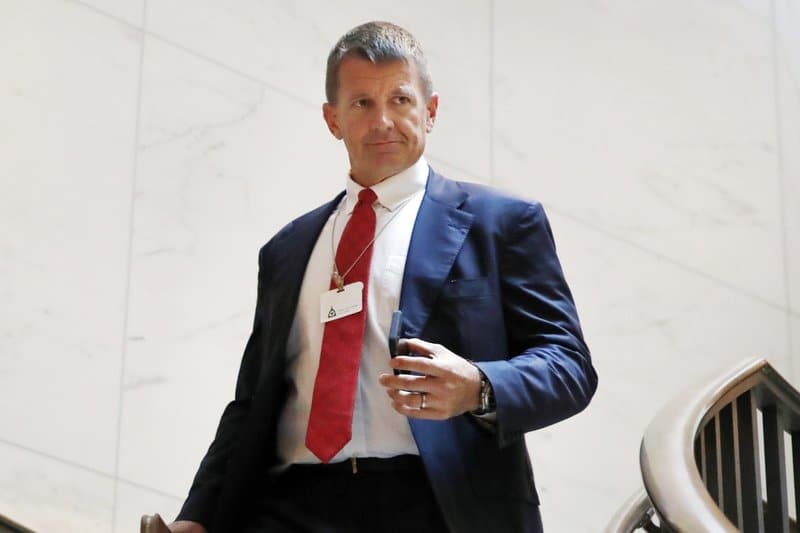 The author of the book “Civilian Warriors,” said his team learned the lessons from so-called secure communication apps.

“The unique thing about our messenger, for example, is when you download Signal or Wicker, you get one encryption key the first time,” he said. “Ours generates a new encryption, key every call, and it’s all peer-to-peer, and nothing of the message data is stored on our servers at all.”

Prince said without your data and outside U.S. government territory, there is no way the government gets in.

“If a warrant were ever to be delivered to the company to say: ‘Turn over these people’s user data or their files’–it’s impossible because we store and keep nothing,” he said.

Because the OS does not have an advertiser ID function, there is no process to track users or sell their data, he said.

“Our phone does not collect any user data, OK?” he said. “Google and Apple both collect and resell about $180 of your data every year. They know where you go, what you buy, what you browse, and whom you call, and they resell that data to advertisers without your permission.”

The Navy SEAL veteran said the apps are available now for Android phones with iPhones next, and the phones will be shipping out in the first quarter of 2023.

“The pendulum of big government and big tech has swung way too far in one direction in the surveillance state,” he said.

“Our goal with Unplugged, our mission statement is to make that pendulum swing back towards individual liberty and individual privacy right now.”