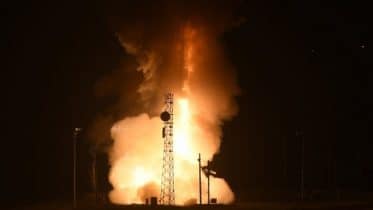 The US military conducted another intercontinental ballistic missile test. A Pentagon spokesperson announced Tuesday, it would be launching an unarmed Minuteman III missile Wednesday from Vandenberg Space Force Base in California. The Pentagon called it a routine test to verify the readiness of the system, even though it comes less than one-month after the last test.

“As you may recall, the last test launch was August 4th, which had been delayed,” stated Brig. Gen. Pat Ryder, Pentagon Press Secretary. “So for those wondering about timing, the two launches moved closer together due to the delays from the August date sliding to the right. And again, tomorrow’s launch was scheduled far in advance.”

Minuteman III ICBM’s are located in underground silos in five western states. They have a range of more than 6,000 miles and can travel 15,000 miles per hour.