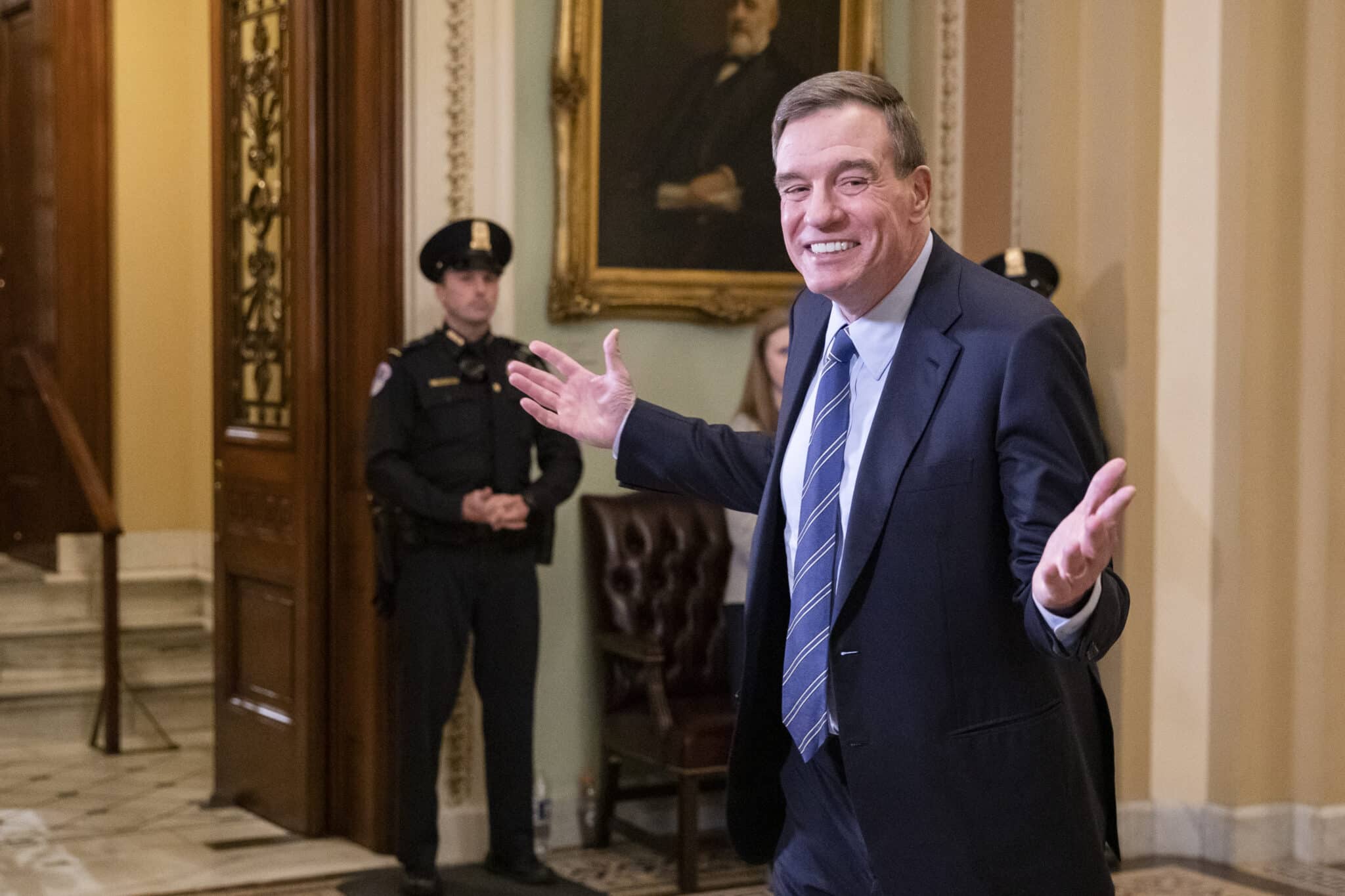 WASHINGTON, DC – JANUARY 27: Senator Mark Warner (D-VA) smiles and raises his hands in response to shouted questions from reporters as he heads back to the Senate floor following a recess in the Senate impeachment trial of President Donald Trump on January 27, 2020 in Washington, DC. (Photo by Samuel Corum/Getty Images)

Democrat Senator Mark Warner claimed that January 6th protesters and other Republicans pose a greater threat than terrorists. In an interview on Sunday, Warner said that the US has defeated terrorism but it is now facing a threat from what he calls ‘domestic extremists.’

This comes after the Biden DOJ and DHS came under fire by Republicans for allegedly targeting so-called right-wing extremists while ignoring threats posed by radical groups Antifa and BLM. Warner then went on to lash lump in those who questioned the 2020 elections with threats from Russia and China.

“I think the threat of terror has diminished,” Warner said. “I think we still have new challenges in terms of nation-state challenges, Russia in longer-term, a technology competition with China. But I do worry about some of the activity in this country where the election deniers, the insurgency that took place on January 6th, that is something I hope we could see that same kind of unity of spirit.”

Despite Warner’s claims of ‘defeating’ terror, the Islamic state recently attacked the Russian embassy in Kabul while Al-Qaeda is ramping up local efforts across Africa and Asia.

MORE NEWS: Christie: DOJ Has A Pretty Good Chance In Its Appeal Of Trump’s Request For A Special Master